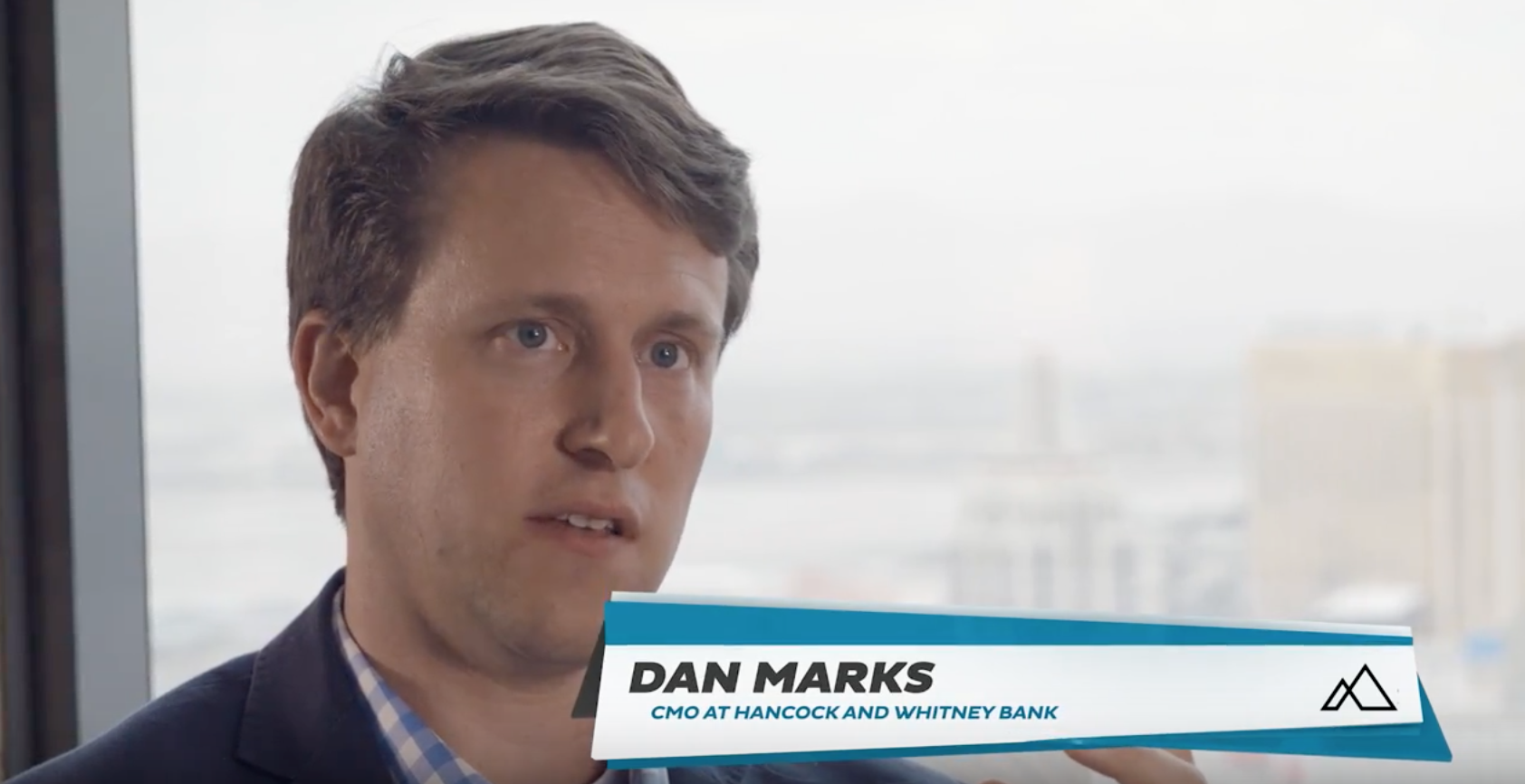 Dan Marks, CMO at Hancock and Whitney Bank, talks to us about how marketing automation has changed, the results he's seen from using HubSpot, and what's been most effective in the campaigns his team has run.

How have you seen marketing automation change over your career?

Marketing automation over my career has gone through about three generations. When I say third generation or next generation marketing automation, it’s a stack developed for the real-time, omni-channel, socially connected, digitally enabled world. You know when smartphone penetration is 75%, that’s an always-on type capability. And so while there were previous generations of marketing automation tools that were great in their era, and it’s kind of funny to talk about eras, but there really are eras in technology. They might have been designed, and there are some really great ones I have used in the past, but they were designed in say the direct mail, batch oriented world. And so current, or next generation marketing automation tools, like a Hubspot, and there are others, are really positioned to work kind of real-time, agile and to help us connect with people the way they want to connect across all the channels they want to.

How has this worked at Hancock and Whitney bank?

a little bit of a background. So, Hancock Whitney is a bank that trace their heritage to the 1800s. If you look at our chartering document it talked about our purpose was to create opportunities for the communities and people we serve. We are a for profit company, so we have to generate a return on capital to give us the ability to continue to do that, but our core purpose, the reason we exist, is to do that. And so the company has this tremendous history, this vibrant culture. One of those things that is really exciting about the opportunity, and I’ve been there close to two years, is this mandate to build a team in the context of a vibrant culture that is looking forward and wanting to stay relevant and useful so we can keep fulfilling our mission. As we’ve taken kind of a transformational approach, and we’ve done it pretty lean for a company our size. Using the right set of tools were critically important right. So the whole work smarter not harder concept, and so a few of the things we’ve been able to accomplish with the team, and a fairly small team like I said, is using tools to automate task. We’ve done things, we’ve deployed campaigns in days.

What's an example of a campaign you've done?

Typically it’s responding to emerging opportunities. You know, mergers and acquisitions. Last year there was extensive flooding in the baton rouge area. 100,000 homes were impacted. It didn’t get a ton of media coverage, but in terms of the number of homes that were impacted, it was almost as many as were impacted on the mississippi gulf coast, and New Orleans in hurricane katrina. And so, we activated a whole campaign to help people, our first priority was helping them understand how to get their money, in many cases there was no power and those sort of things. But we really created this ground swell of standing strong with the community. We called it Louisiana Strong. And so, those campaign elements were put together literally the first email went out within hours after we learned about the flooding.

Have you seen uplift from using HubSpot?

We have, and obviously some of the specifics are confidential, but I can tell you like the example around Louisiana, or just on deploying landing pages, we’ve seen a shorter time to market. Trimming several days off our process time. Our site flow time. We’ve been able to use the tool to optimize engagement and ROI rates. Our leads are up more than 2X since we’ve started using HubSpot.

What are your thoughts about the future of marketing?

We’re in this really exciting time for marketing right now. So people like to talk about big data and capabilities, and that’s fantastic. I have a deep background in data. But it’s also a really exciting time for the creativity, right? Because never before have you been able to test more ideas and then see quickly which ones resonate and which ones don’t. So thinking about, we talk a lot about left brain and right brain. In fact in one of our marketing areas we actually have two conference rooms side by side. One’s the left brain and one’s the right brain. And so using tools can be a great complementary for the creative process. And so that’s where the whole kind of agile approach to marketing and doing it the right way in financial services with being mindful of those requirements. It can still be a lot of fun.