Why Are Banks Beating Credit Unions In Mobile Banking Utilization?

Banks are beating credit unions in mobile banking utilization and it’s not even close. As a group, banks with a mobile app boast 27% enrollment whereas credit unions stand at 12.6% enrollment. In an age where mobile banking has a huge impact on overall customer satisfaction and plays a vital role in capturing the millennial and emerging affluent segments, the quality of one’s mobile offering is crucial. Moreover, increased mobile banking usage drives improved financial performance for FIs. A successful mobile banking app drives customers to a lower cost channel; Chase cites a cost of 65 cents for each teller deposit vs only 3 cents using mobile. As big bank customers have flocked to the mobile channel and become less dependent on in-person interactions, that has allowed these institutions to eliminate branches and reduce cost structure. 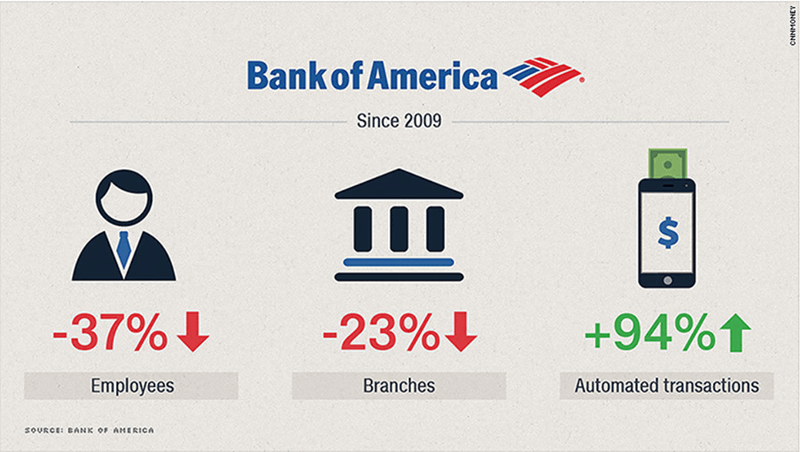 How Do We Measure Utilization?

It’s easy to paint this as a story of big bank domination in mobile. The 20 banks holding over $100 billion in assets stand at 37.7% in lifetime installs and 32.8% in enrolled customers. These banks were the earliest adopters in mobile, with an average of 69 months in the space. They’ve had more time to market their offerings to customers and communicate the ease of use. On the flip side, smaller banks — the 536 with less than $100 million in assets — have only had a mobile banking app for an average of 25 months; they stand at only 9.6% in lifetime installs and 8.6% enrollment. As we progress in asset size and mobile banking longevity, utilization significantly improves.

But as we compare credit unions and banks, longevity doesn’t necessarily matter as much in driving utilization.

What makes this all the more puzzling is that credit unions holding between $500 million and $1 billion in assets are not necessarily losing on account of features. Some of the features providing the greatest lift in enrollment across the industry — a measure of enrollment before the feature was made available and after — include bill pay, account alerts, mobile deposit, fingerprint authentication and P2P payments. While banks between $500 million and $1 billion hold an edge in account alerts (31.3% making the feature available vs 21.4% of credit unions), they lag credit unions in mobile deposit availability (66.4% vs 87.4%), fingerprint authentication (11.3% vs 28.6%) and P2P payments (27.6% to 29.5%). Bill pay has become almost universal for institutions of this size (93.8% of banks, 93.2% of credit unions).

Feeling overwhelmed by this barrage of data? Here’s a simple summary. As a group, credit unions between $500 million and $10 billion in assets have offered mobile banking apps for a longer duration and have proven to be even more feature rich than banks at this asset size. Yet banks are still growing their mobile banking enrollment figures more quickly. Why is this happening? Is it a marketing failure on the part of credit unions? Are credit union customers slower to embrace new technologies even when they are made available? There is no definitive answer.

In terms of feature set, banks holding over $100 billion in assets maintain a massive advantage. Consider some of the most added mobile banking features of the last year. At this time last year only 2.8% of FIs offered fingerprint authentication, whereas 12% do now. Yet it’s not a rarity among the biggest banks; 13 out of 20 offer it. Quick balance, the ability to check your balance without signing in, has grown in availability from 2.3 to 10.5% of FIs. Yet half of the big banks offer that feature already.

The bottom line is that your customers expect a feature rich mobile environment which will make managing finances easier. Moreover, they will choose those institutions that are pushing the boundaries of what is possible as their primary FI.

How can we level the playing field for non-traditional workers? Three experts discuss solutions at Money Experience Summit 2022.

Addressing the Role of Gender in Finances

A research report from Gartner highlights how reliable, secure, and new API products are crucial to digital business trends.