Banks Should Focus on Relationships — An Interview with Chris Skinner 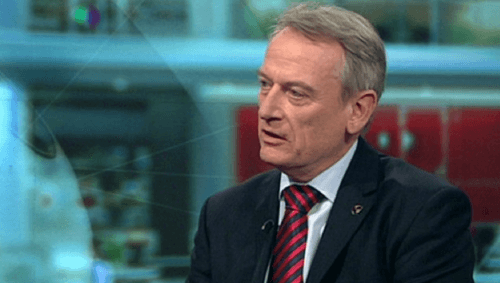 We recently talked with Chris Skinner, Chairman of the Financial Services Club and author of the book Digital Bank, about why banks should focus on relationships.

How is the role of banking changing? What should banks be focused on to evolve in this new era?

The Internet has changed how we value trade, goods and services. As a result, banks have a much different role than they did in the past. The focus should now be on life and relationships. Banks should start to branch out into the storage of our feelings.

If you look at the history of the Internet, it morphs every four to five years. This means we’re in the Internet’s 6th generation. Recently it was about sharing through blogs and social networks. Now we are in the Internet of value with cryptocurrencies. We are in the currency of new ways to connect such as through person to person (P2P) payments and lending. Consumers no longer need to connect through intermediaries. The next evolution will be through the Internet of things and then robots.

The financial services landscape has changed drastically over the last 20 years. We are now at the tipping point of a massive change. The Internet of value is far greater than cryptocurrencies. It’s about how we value ideas and individuals. There are many ways to create value and then monetize it, but banks are not capitalizing on those opportunities. Amazon, Facebook and Google all do it well.

The revolutionary approach is about creating a new bank. It’s the idea of “let’s go out and create something fresh. If it becomes massive then we’ll be successful.” One example is BBVA buying Simple.

The final and best approach is the transformational approach. The best example of this is with mBank. They took an existing bank, created a new digital platform and then migrated customers to the new platform. (See the Money Summit interview with mBank here).

What are your thoughts on BBVA Compass upgrading their core? Is that what other banks in the U.S should be doing?

BBVA says they are software house, not a bank. I see a lot of banks out there say they need to be technology companies too. That is important.

JP Morgan Chase says it best with their shareholder letter. They have a huge concern with fintech. They believe when you see P2P, social and crowdfunding taking out lending and then P2P taking out the intermediary, that means a lot of trouble for banks. So they are reacting to that by hiring Silicon Valley to reinvent the bank.

The question is, are they moving fast enough?

What would you say to the c-suite who are trying to make the digital transformation?

Everyone is saying digital is important, but if you looking at the surveys of where people are actually spending, they are investing in regulation. So the concern is that there is a mismatch between priority and focus. If the c-suite are not articulating a digital fintech strategy, then what are they doing? If you are not articulating a strategy with digital as the strategy, then you don’t have a future.

What are your thoughts on the rise of fintech and Silicon Valley?

Most banks ignore fintech players because they are not big enough to worry about yet. The few banks that don’t ignore fintech players think they can partner with startups and acquire them once they are big enough. But why would a fintech company want to be acquired by a bank when the fintech company could become bigger than the bank? I think that’s complacent thinking by the banks.

What are the biggest areas of fintech financial institutions should be worried about?

There has been $12.7 billion invested in fintech in the last five years. One third is focused on payments, one third on P2P, and one third on data and analytics. Given that two thirds of this is focused on payments and lending, think about what global investors are trying to say here. They believe this is the low-hanging fruit. If these areas become disrupted, what are banks left with? Deposits and not very much else.

If I were a bank, I would be highly concerned with the market taking market share away from me.

To conclude, how should banks look to generate new revenue to make up for the revenue that is being eroded?

To get there though, they need to focus on lowering costs. Innovators are coming in with models that are focused on servers and processors instead of branches and people. If banks want to compete, the questions is how quickly can they shift their focus to be around processes and data. That is what all of the new fintech models are doing and this is the new modern era of banking.