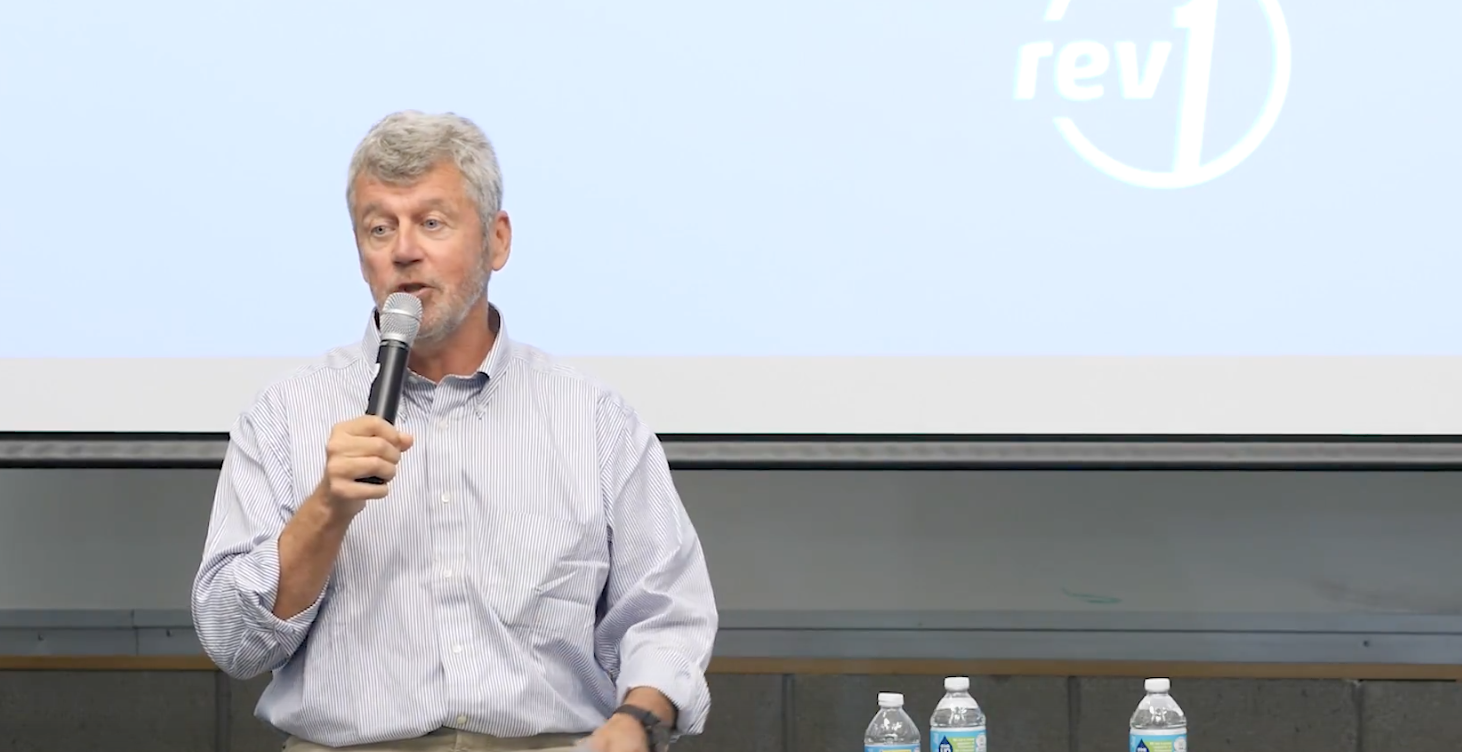 Pete Kight recently spoke at a Rev1 Venture event, where he talked about his experience building CheckFree and answered questions from the audience.

Since CheckFree sold to Fiserv for $4.4 billion dollars in 2007, and since Kight was at the forefront of the fintech revolution, he's someone worth paying close attention to on this topic. He was ahead of the game before the game really existed. (Full disclosure: Pete Kight is an investor in MX and serves on our board.)

During the Q&A portion of the event, someone asked Kight what his predictions were for the future of financial technology.

His answer may surprise some people in the industry.

He started by bluntly saying, “I think that the banking industry is walking into a death trap.'

Kight then talked about how employees across the industry believe they're safe because branches haven't declined as much as some analysts predicted they would, and consumers still want nice tellers.

According to Kight, that view is wrongheaded.

'The problem is that the banking industry is looking for an inflection point,' Kight said, 'and the only time you ever see the inflection point is in the rearview mirror.'

As proof, he told the story of CheckFree, saying that 'there's no way that some college dropout should have been able to found Checkfree and take away from the banks the last great payments network.'

'How did they let us do that?' he asked. He said that financial institutions 'kept telling themselves all along the way that consumers didn't really want to do this, that small companies couldn't really do it.'

These companies waited, thinking that they would eventually get a clear signal from consumers and then they would act. 'But by the time they stepped in with that effort we were too strong,' Kight said. 'We beat them back because they were waiting for the inflection point.'

'They're doing it again,' he added. 'They know that ultimately banking is dated, and financial services is dated.'

Kight went even further, saying, 'There isn't a business you can come up with that's more obviously going to be digital than all of banking.'

Kight isn't too torn up about this prospect. 'I'm not sure that the traditional banking industry doesn't deserve it,' he said, because he believes the banking industry could do far more to promote job growth and help consumers manage their personal finances. To this point, he cited a study that shows that a minority of households could handle a $500 emergency.

'The banking industry should be ashamed of that,' Kight said. 'I know, from the data that flowed through CheckFree's systems, that every bank in this country has the ability to look at the data that flows through a household account and provide predictive services that advise a household on how to manage their finances better, at a lower cost.'

'That would make the bank more profitable than they are today. It's a win-win-win,' Kight said. 'So why the hell don't you do it?'

'The answer,' said Kight, 'is that political bureaucracies are slow.'