The debate about personal financial management (PFM) continues to evolve, and last week it took a notable step forward.

It started when Celent Research released a paper titled “Personal Financial Experiences (PFE): Putting the 'E' in Personal Finance.” The paper makes the case that traditional PFM is dead and that financial institutions must instead offer seamless, behind-the-scenes financial guidance — guidance so smooth that users don’t have to do any heavy lifting to manage their money.

MX holds this same view about PFM, as seen in our April 2015 piece “Traditional PFM Is Dead. Welcome to the New World of Digital Money Management.” There and elsewhere we’ve outlined a strategy to reduce friction for PFM users by creating “a fully integrated experience.” We also show how, as a result of these efforts, MX clients have seen dramatic gains in usage (more on that in a moment).

Since Celent Research released their paper, a range of analysts have commented on it, including Ron Shevlin of Cornerstone Advisors. As always, we appreciate Shevlin’s work (we have reviewed his book Smarter Bank here), and we agree with his general premise that the ROI of PFM “comes from what you do by leveraging PFM capabilities and data, and not from simply incorporating budgeting, categorization, and graphing tools into your digital banking platform.”

That said, Shevlin does mention that he has “never seen a solid analysis that attributes bottom line results to PFM usage,” a statement he admits won’t make him popular with some people he knows in Utah. (We assume he means us.)

To address this point, we’ve gathered internal and external data that we’d like to share with Shevlin and the rest of the industry — data that proves why using data-driven money management (DMM) does in fact attribute to the bottom line both in itself and, as Shevlin points out, in leveraging the capabilities and data it brings.

Here are a few of our findings.

First, we’ve seen clients improve their users’ savings rates. For instance, one of our clients implemented a log-linear model with fixed effects, stripping away reverse causation and controlling for amount of money in users' checking accounts and amount of money borrowed in loans. After running this test for four months, our client found that users of their MX money management product (named My Money Manager) had increased their savings rate by 18 percent while non-users demonstrated a 2 percent decrease in savings — a difference of 20 percent.

When they repeated the same test during the following four months, they found that users of My Money Manager increased their savings by an additional 3 percent (for a total of 20.8 percent). In short, it’s clear that MX contributes to increased savings rates, which in turn contributes to ability to lend more money and drive bottom-line revenue.

Second, MX has also worked with clients to leverage the data obtained by data-driven money management. To illustrate how this works, one of our clients used DMM data to target account holders with a personalized offer to switch credit cards. This offer saw a 6% click-through rate and $3,000 in average balances transferred per user. In addition, based on finance charges, balances, and interest rates (which averaged 22% on the old card and 10% on the new one), these users are now set to save an average of $433 a year as a result of the transfer. In short, end users are saving more money, and this client has directly taken business from their competitors who were gouging users with high rates. It’s a win-win.

Third, and perhaps most impressive, the Helios cross-platform framework from MX gives our clients the ability to offer data-driven money management across a range of platforms and device types — all built from a single C++ codebase. This dramatically lowers maintenance costs and powers agile development (meaning that our clients release new updates to their apps every few weeks instead of every few years).

As for proof points, when BECU implemented the Helios framework to build a mobile banking app with DMM properly baked in, they saw the following gains within 16 months:

BECU also won the #1 spot on MagnifyMoney’s “most improved” app list as measured by user ratings after they switched from their old provider to the Helios framework. (BECU now happily sits at a 4.7 star average for iOS.)

In short, MX is seeing genuine proof that the next generation of PFM (whether we call it data-driven money management, digital money management, or personal financial experiences) is directly leading to solid revenue gains for our clients. Stay tuned, because there's more to come on this front.

Research data from around the industry also proves that there’s a solid return on investment for DMM. For instance, Javelin Research shows that the most profitable users at financial institutions are far more likely to use DMM tools and that DMM users are far more active within digital banking. 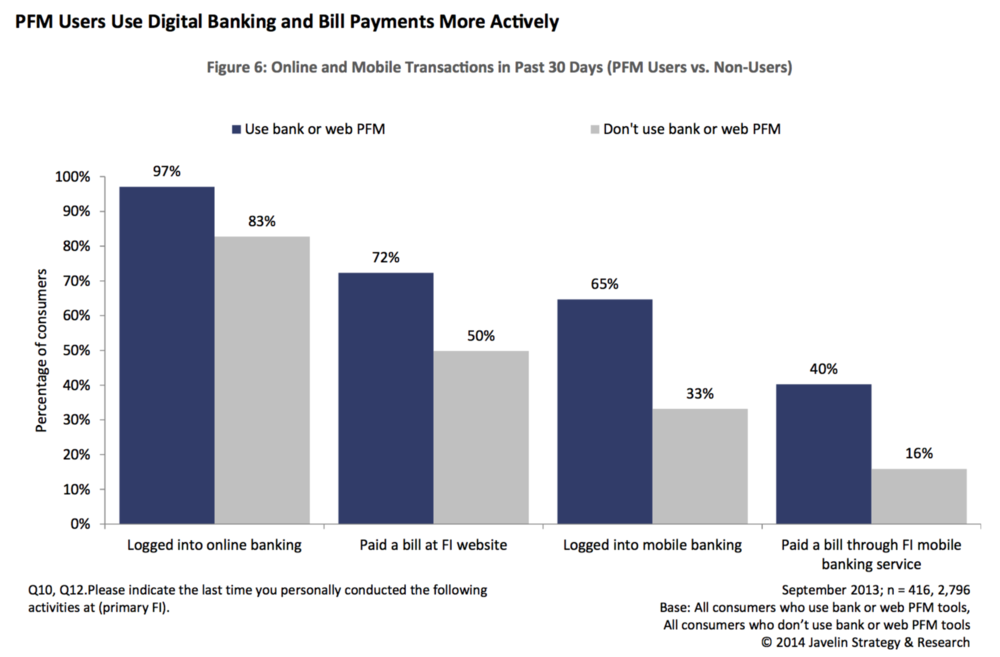 Critics might claim that these numbers don’t prove causation, but the debate between causation and correlation doesn’t matter in this instance. If DMM causes users to become more profitable, that’s great. And if the numbers are merely correlated, that’s also great since it means that the most active digital banking users are more attracted to financial institutions that give them DMM. In both cases, DMM gives financial institutions an upperhand.

In fact, FI Navigator shows that PFM offers a stronger lift to mobile banking enrollment than other major features such as bill pay, mobile deposit, fingerprint authentication, and P2P payments. This may be because any financial institution that’s offering PFM in their mobile app is offering a more complete, world-class experience (as illustrated by the tremendous gains BECU’s app has brought them, which we highlighted above).

In conclusion, we want to reiterate that we agree with both Celent and Ron Shevlin on the main point here. Traditional PFM is dead. Throwing a bunch of crammed-together PFM features at users and forcing them to work their way through a morass of numbers is a non-starter. Instead, money management products must be fully integrated, effortless to use, and primarily be about providing a positive experience.

To illustrate the point even more starkly, think of this. In a world with increased choice and decreased switching costs, account aggregation — the core of PFM — is inevitable. Users increasingly demand the ability to see all their accounts in one place and have their money automatically managed for them. As these users settle into tools that do this, they’ll be less and less likely to sign into portals where they can't see all their account data. In short, there’s no future where users won’t be drawn toward leveraging an aggregated financial view of their money.

Because of this, the future is in the hands of those institutions that put data-driven money management at the heart of the digital banking experience. It's also, to put it simply, a smart way to get a solid lift on revenue.

Want to see the MX product suite in action?

Click the button below and we'll be in touch shortly. 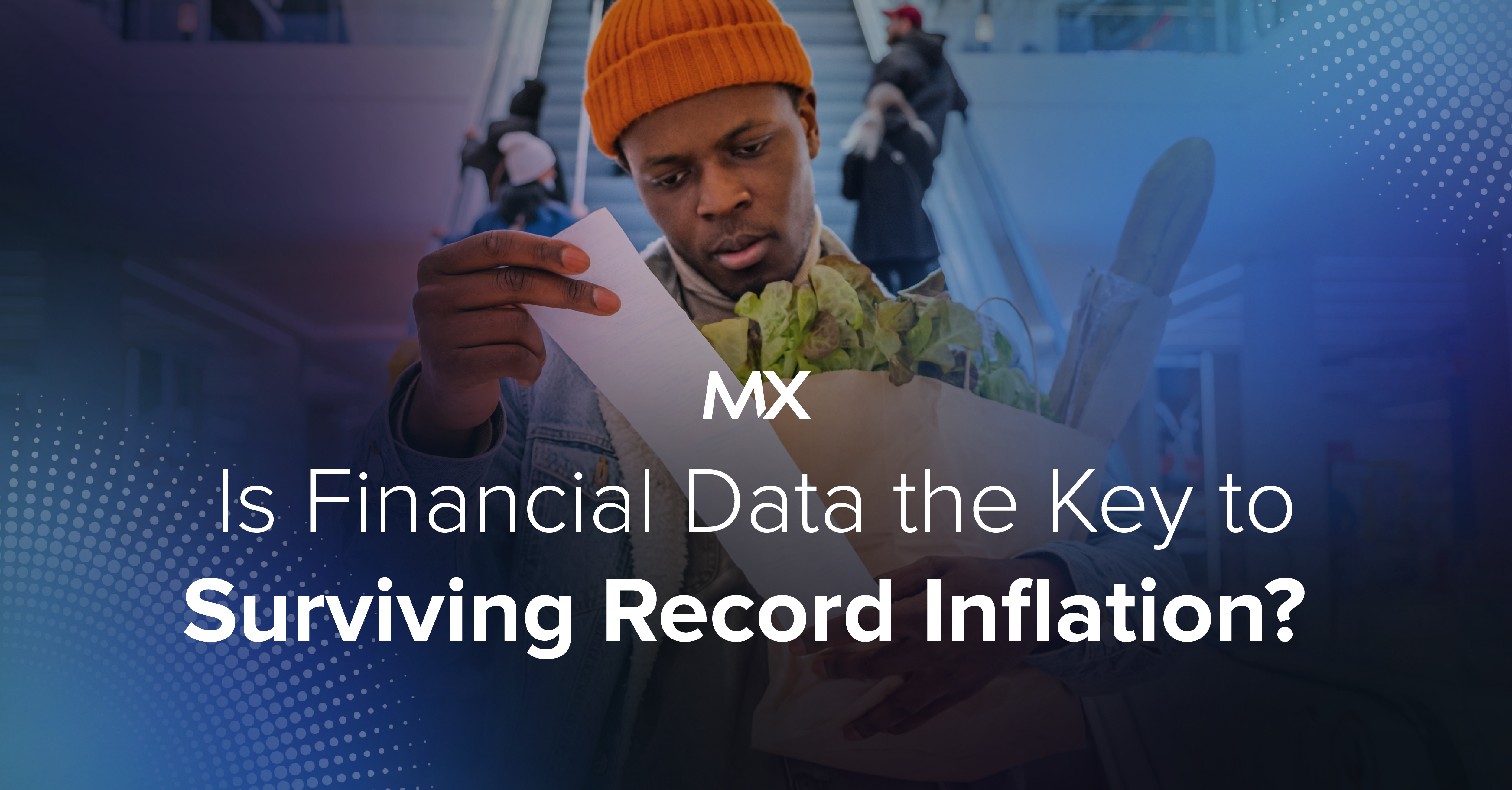 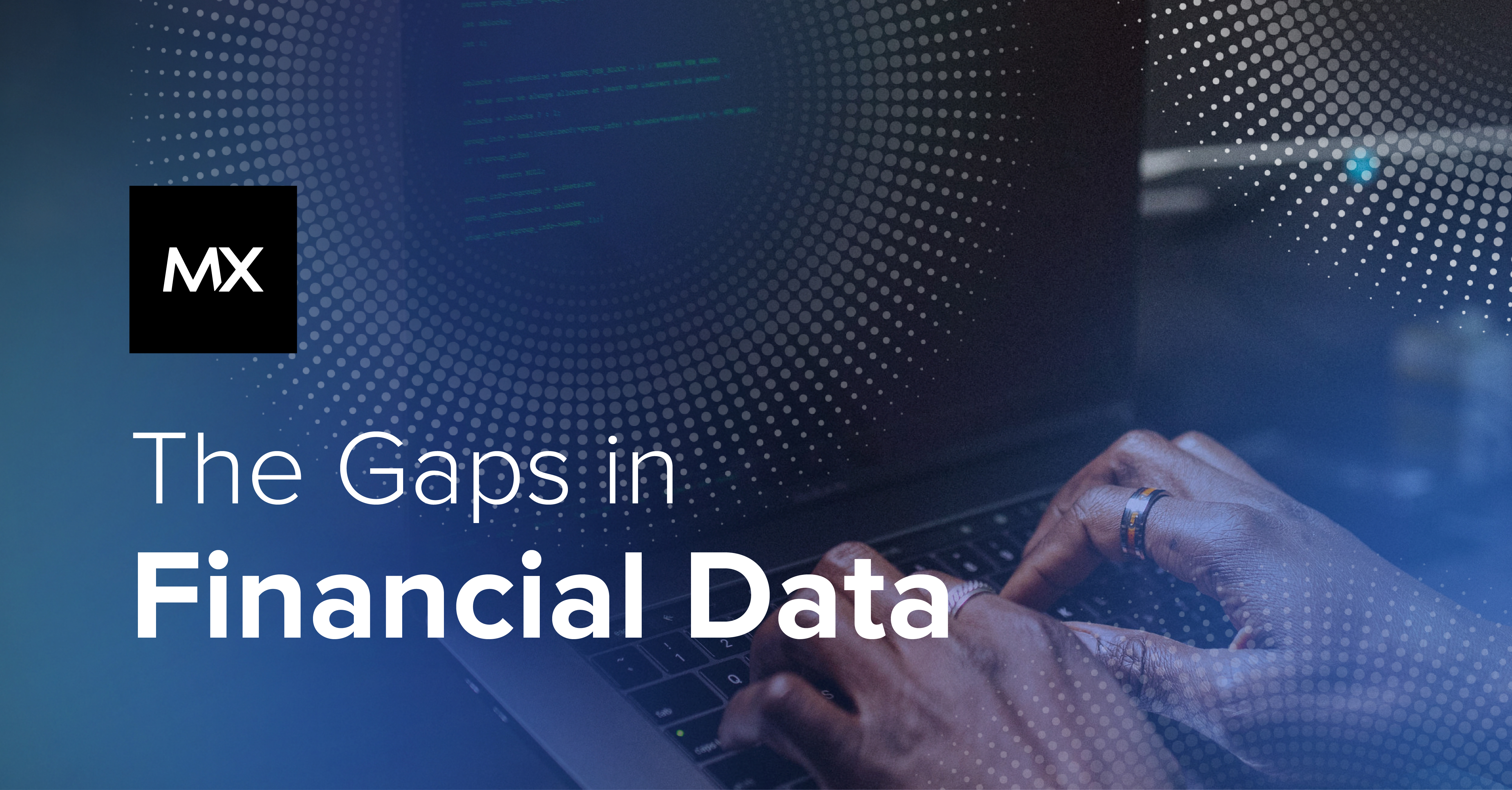 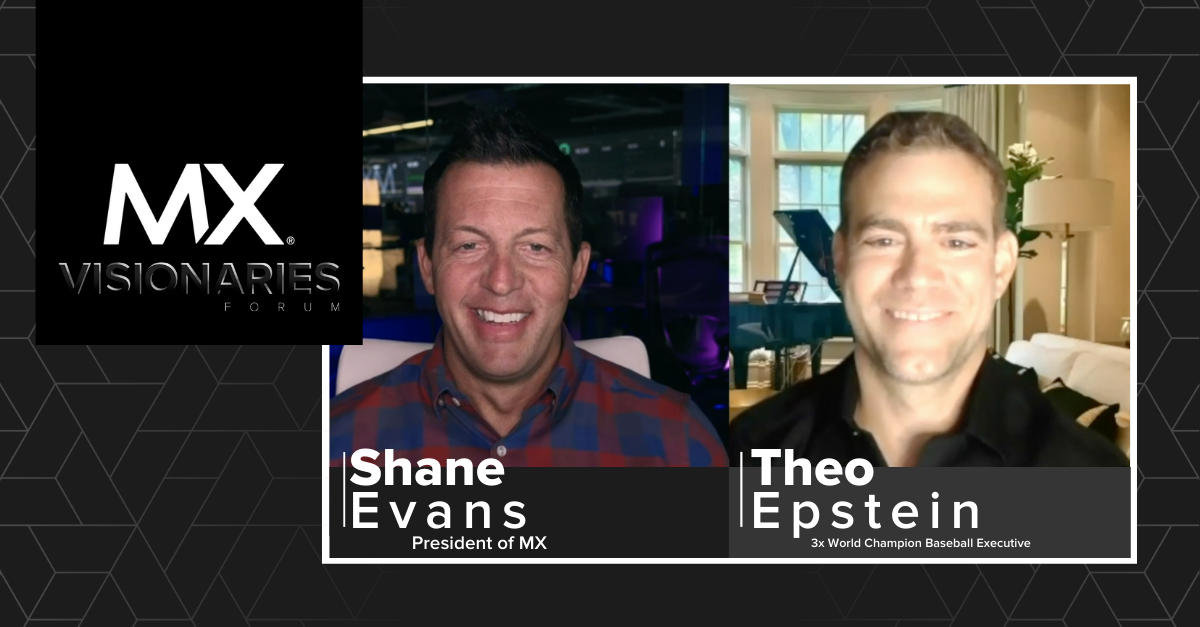 Theo Epstein, named one of  the world's greatest leaders by Fortune Magazine and 100 most ...