The Biggest Thing Banks Should Be Doing: Surveys from the Latest Fintech Festival 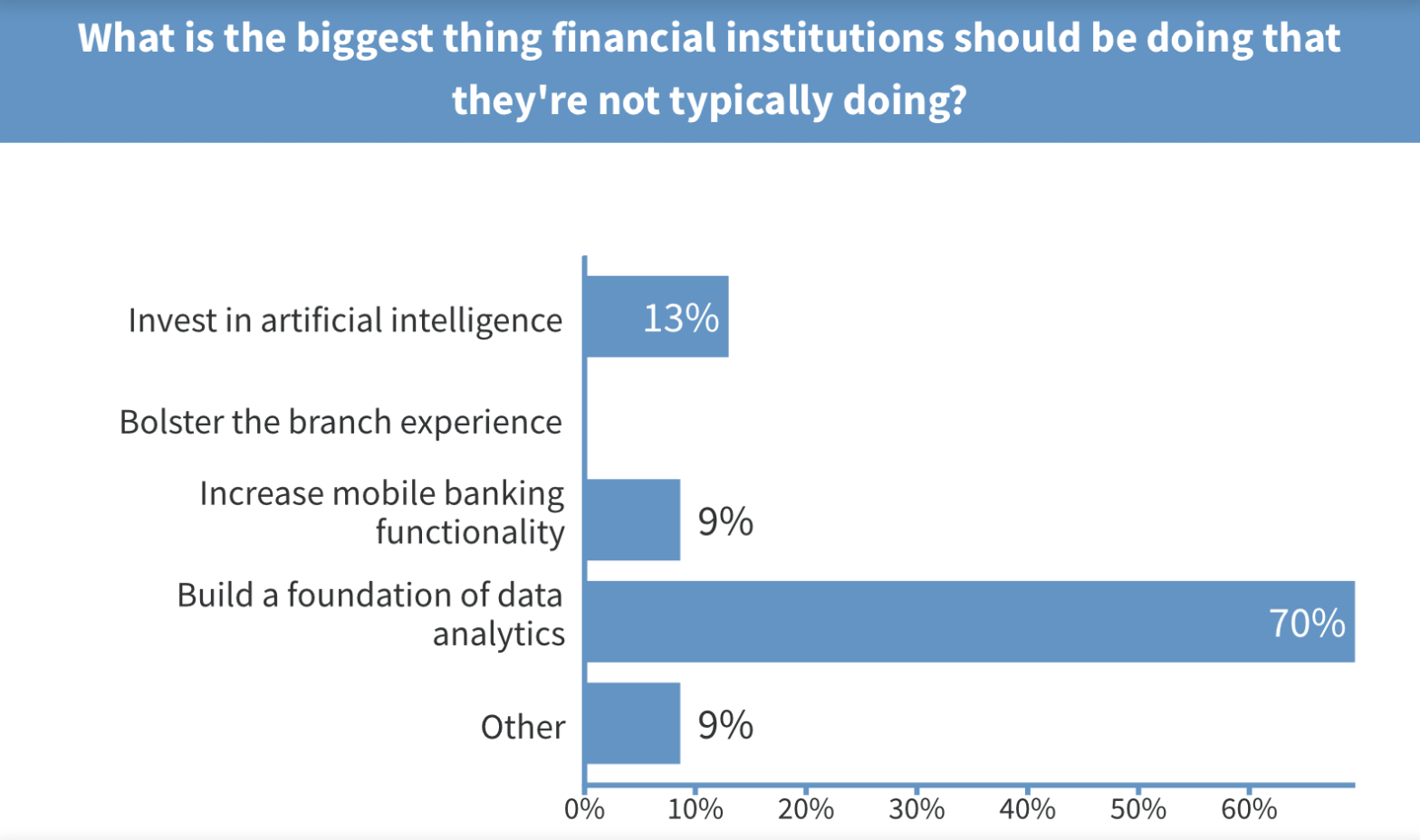 MX recently hosted another Fintech Festival in the beautiful mountains of Sundance, Utah. These exclusive events, which are for key players in digital banking, give financial institutions the chance to learn and collaborate with some of the best minds in the industry.

As part of event, we asked a series of questions to participants and wanted to share the anonymous answers here. Note that the respondents tended to be involved with digital banking initiatives, so the data skews that way.

First we asked what's the biggest thing financial institutions should be doing that they're not typically doing.

Interestingly, even though 70% of respondents said that financial institutions should primarily be building a foundation of data analytics, only 6% felt that their institution was efficiently using the data they have today to serve their users. 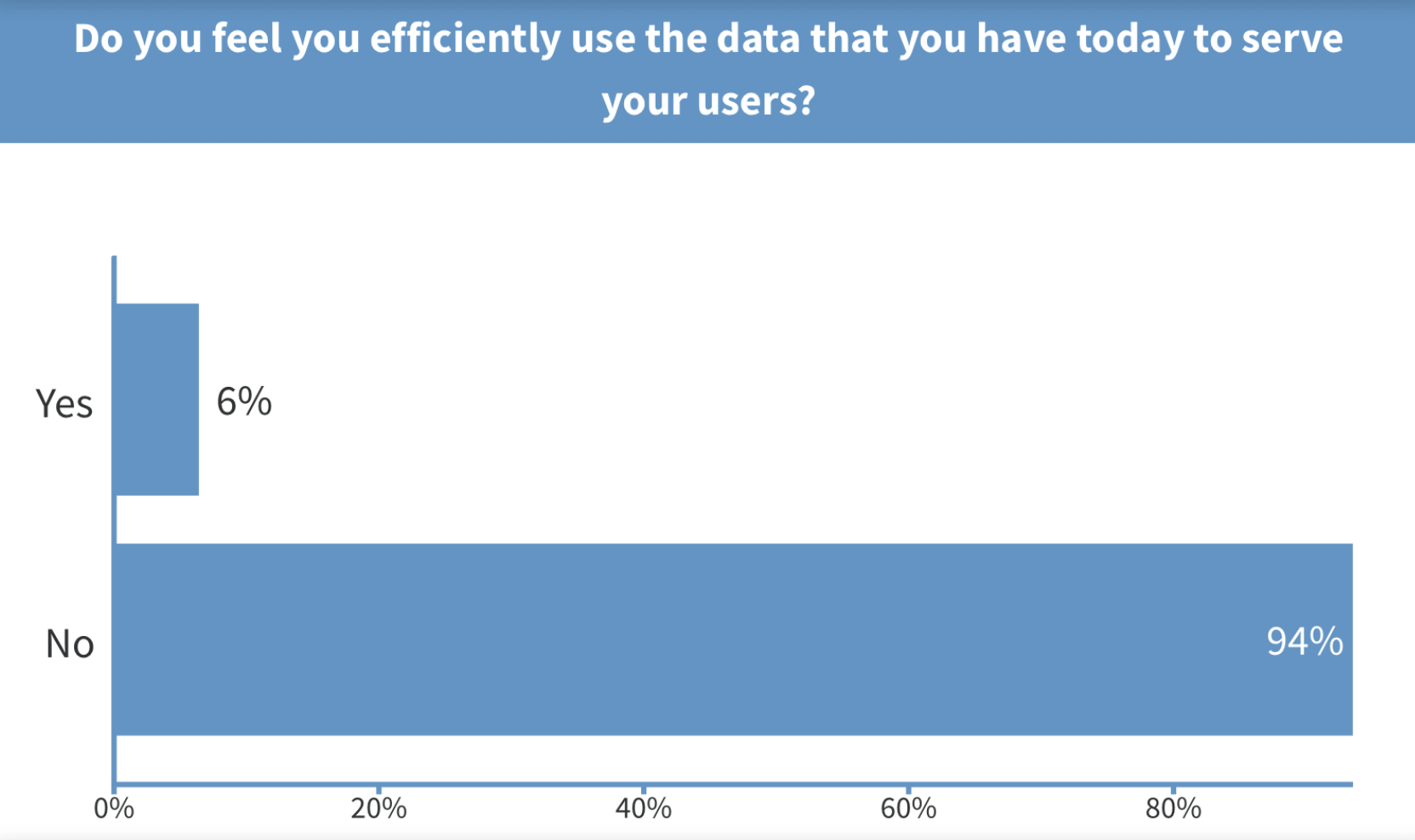 What's also telling is that 65% of respondents said that banking is at a major inflection point, 35% said that there will be continued but gradual evolution, and 0% said that the next 10 years will be business as usual. We've been doing surveys like this for years, and this is the first time no one has selected 'business as usual.' 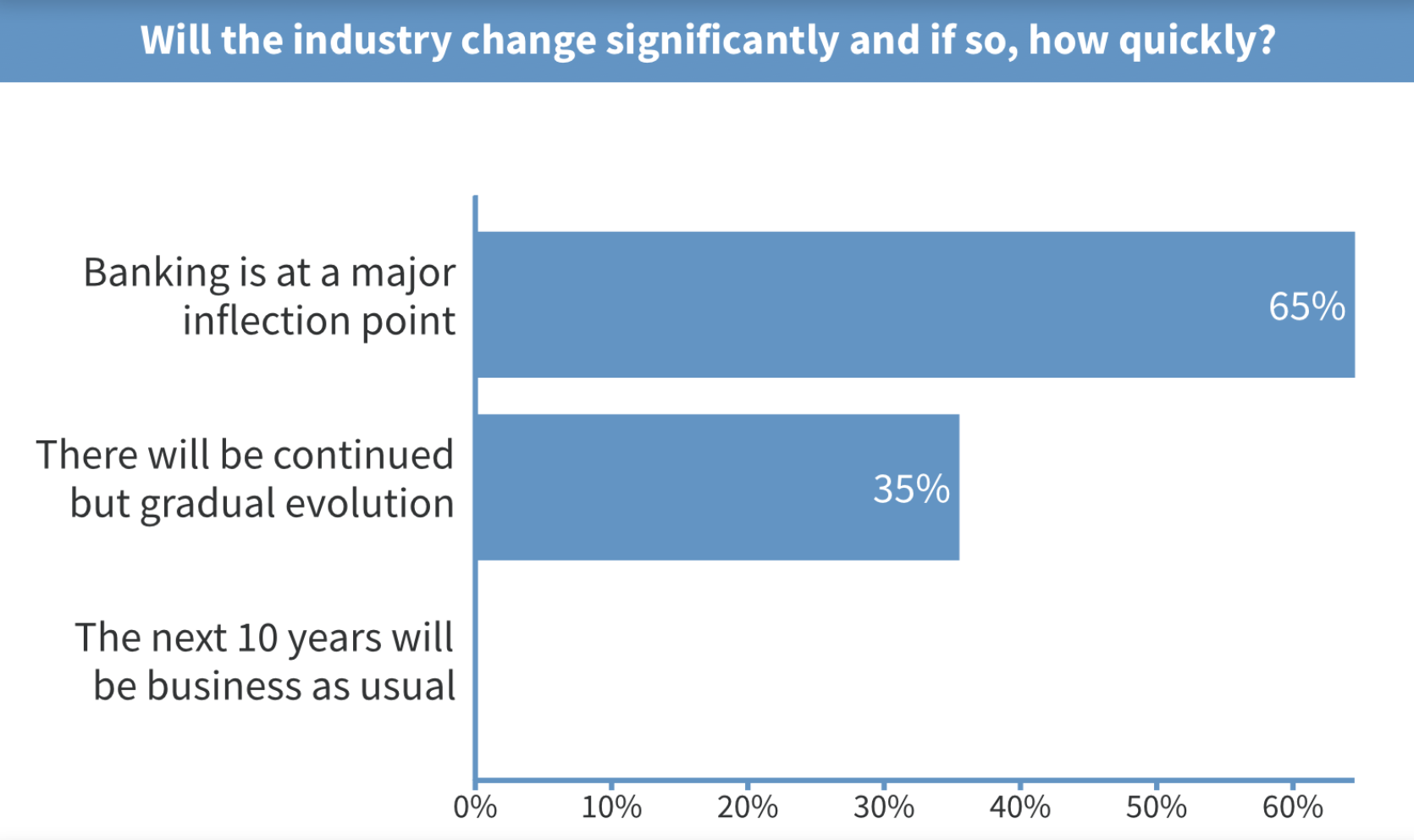 Altogether, this snapshot (combined with a multiplicity of other snapshots from analysts across financial services) tells a story of an industry that's hungry to use data to more effectively help end users.

For more on this topic, register for our 7-part webinar series on building a foundation of data analytics. You'll learn tips and tricks for making the most of the data you already have on hand.