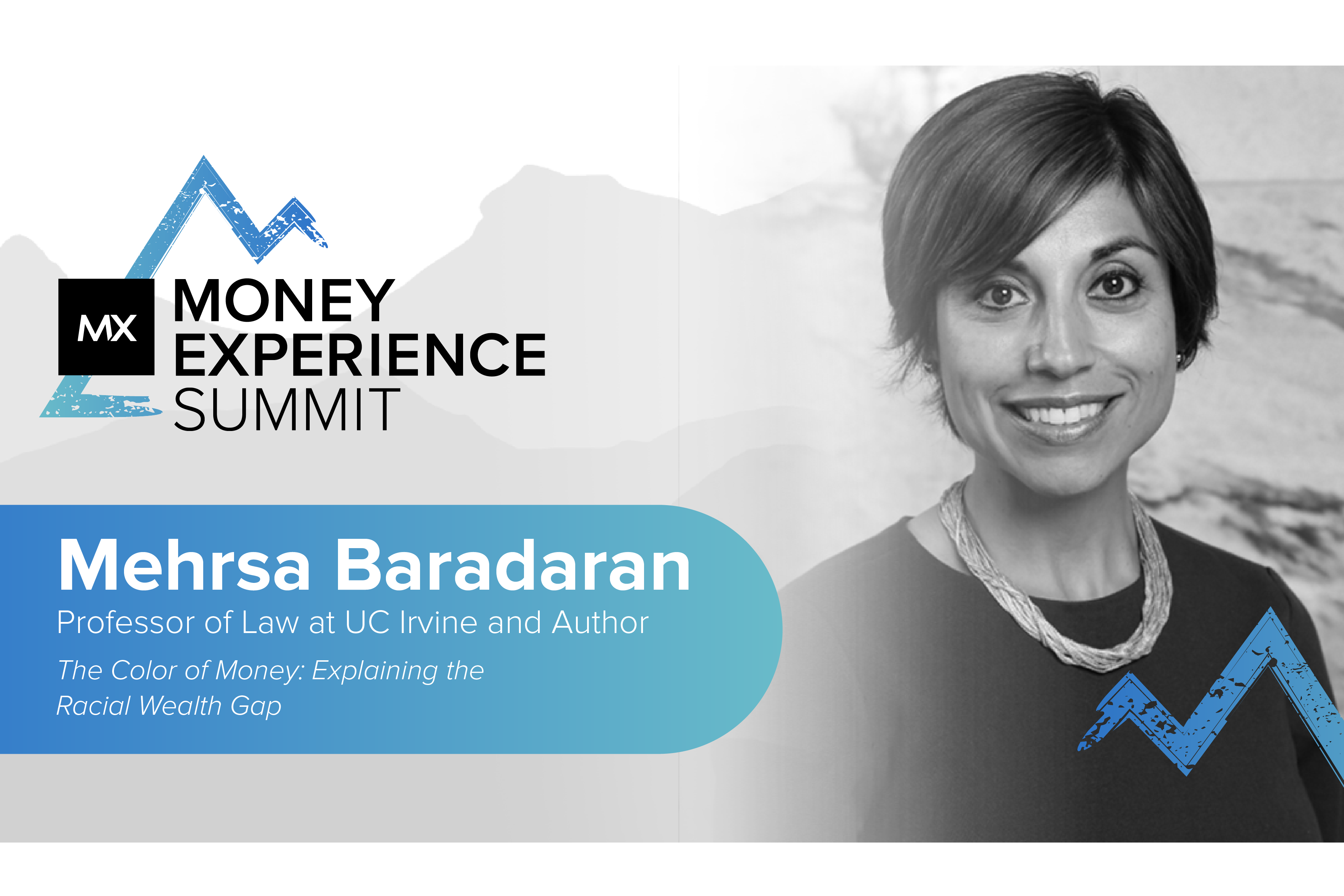 In her Money Experience Summit presentation, Mehrsa Baradaran, professor at UCI Law, covers the history of economic injustice in the United States, including slave labor, post-civil war injustice, Jim Crow, no due process, and the New Deal. To see the whole conversation, register here.

“The New Deal created a dual economy of white suburbs and black ghettos,” Baradaran says. “And it was called ‘the ghetto’ because it was not by choice. The way that the New Deal did that is through mortgage credit.”

The credit system consisted of 30-year mortgages and FICO scores, which mapped out regions according to a certain view of creditworthiness. But because economic justice had been intentionally denied to Black families for decades, it almost always ended up being drawn along racial lines. “This created a bifurcated mortgage market that lasted well into the late sixties,” Baradaran says. “Even today, there's a way in which race and racism is embedded in property values and the way that you live. Where you live determines what school you go to and your social capital.”

Baradaran describes actions we can take to help remedy this problem. “I worked with Netflix. … They came to me, and they're like, ‘Well, what can we do?’ She told them, “Put your money where your mouth is. Invest in Black communities and Black-owned banks. It's not a loss. You're just putting your money in a bank that is investing in that community.”

She adds, “I tell every company, ‘Go into your own backyard. What do you know? Who are your suppliers? Where are the places you're purchasing from? Don't worry about other people's businesses and politics at this point. It's hard to make those changes politically, but you can focus on your own backyard.’”

She also recommends “having conversations with Black community leaders to ask about services that the folks in the community aren’t getting and bringing people to the table who can speak to that. And then just making sure that whatever data or algorithm, or whatever service you're providing, isn't set up in a way that perpetuates injustice. And I know that sounds like the bare minimum, but you would be surprised at how that problem comes up again and again, and people who are actively trying not to perpetuate these problems get stuck in this rut.”