What Banks Should Do to Increase Empathy: A Conversation with Ethology 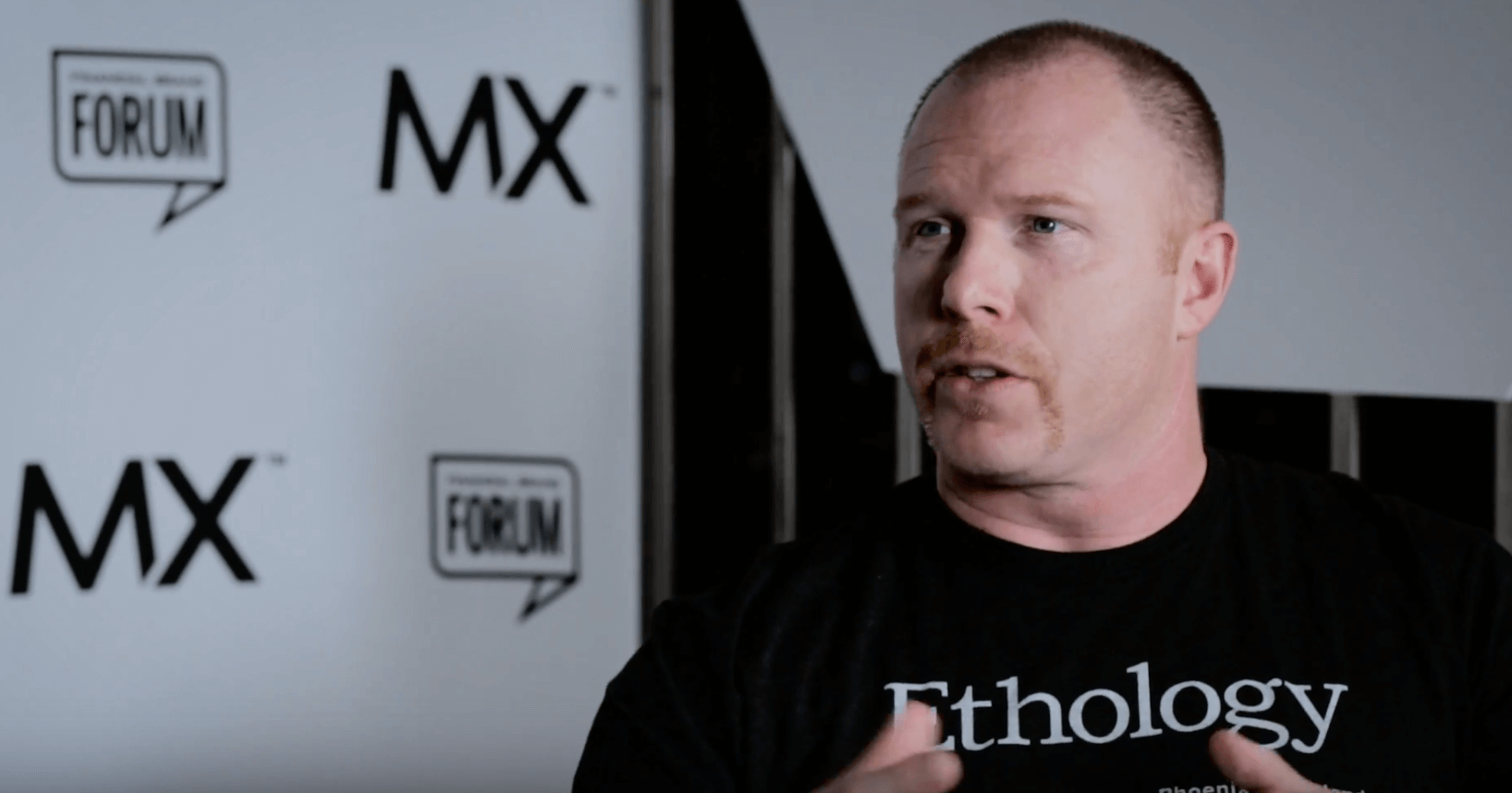 We talked to Chris Snook, executive at Ethology, about how financial institutions can increase empathy for their account holders.

Tell us a little bit about Ethology.

We are a customer experience agency with about 65 people and growing. About 20% of our portfolio is in the financial services space — insurance and banking. Most of the banking clients we have are credit union clients with $500 million to $1.5 billion under management.

Competing in a digital space, there's actually an opportunity as much as there is a challenge. So we help them with that. We operate under five disciplines that you would expect if you deal with a digital agency including content strategy creation, search, paid media, analytics, and design.

We start with the customer experience and try to empathy map to where the best lift for the least amount of spend is and then run like crazy.


That's great. So what would you say is the biggest thing that banks typically aren't doing that they should be doing?

One of the interesting stats that I saw from Accenture is that 74% of banking customers view their relationship as purely transactional. If I think through my own life, I don't stay with my bank for any reason other than it's a painpoint to switch, it kinda works, and it pisses me off only a little bit. So I think the Accenture data is real, and this is what we’re working with our clients on.

We’ve found that in general only 5% of consumers actually feel like they're empathasized with. That's a big miss but it's also a monster opportunity, and that's where we play in. We help think through what a user’s needs are. How does that map to the audience intelligence data, and the performance media you're running? But then more importantly, how do you map all that to your major business goals for the next 12 months? Because if you align the last two, but you don't have the user need aligned with that, you're just transactional. You're never gonna win any kind of loyalty, because loyalty is no longer mapped to a brand; it's to a need.

So I think there's a big opportunity and a big gap. Banks are getting pressure from fintech, and Amazon, and Uber, and all these players that aren't direct competitors but have changed the way we think about payments. Some of the most transactional stuff I do, I never pull out my card anymore. And you don't either. So what does that mean to a banking relationship? It doesn't mean it goes away, but it does mean that what consumers value is going to shift.


What should banks do to increase empathy?

I think the place to start is actually recognize that it's possible. And to simplify, right? All empathy mapping really means is think about a point in the customer journey. Either they're your customer already, or they're thinking about switching and you're in that sales cycle. They go through a certain journey of awareness, research, discovery, decision, and then they advocate or they don’t. So depending on what point they're at in that journey there's certain content that's going to engage with them or not, and that content has to be relevant to their use or need, not something that is kind of trending. It's gotta focus on what is their real pain.

We checked out this morning, and it was a perfect use case. We book this room through an online portal two weeks before the event, and we used one card. We booked it, and it took the first night out.

We come here and we check in and they asked us for a card to run incidentals. We give them the other card because I wanted to put the incidentals and everything on the one I get points for. I didn't realize, because they didn't communicate it to me, that even though the money came out of my other account two weeks ago for the first night, that unless they swipe that card to verify that, that there is a disconnect between hotels portal, the bank, and the hotel. I didn't know that. Why would I know that? It's not my business to know that. I'm just the customer trying to check in.

So I go to check out today, and I'm getting triple billed. So now here's the empathy part. So if I'm a bank I think through what does that feel like to Chris. What does he think when that happens? What does he think, feel, do, and say? In every touch point.

So what do I do? I go on Snapchat and I ranted about it. I put it out social media to my influencers, which I rarely do, but I was so irritated.

So empathy mapping is asking how could I, as a bank or a hotel, prevent that? What are the things I could do as a bank to attract a customer like Chris? If I'm the hotel I kinda walk through that same process. What could I say to Chris in that moment to explain it to him not just to appease him and give him the same bad news?

As a bank you just gotta go 'When I do Uber, I don't deal with this stuff.' I'm not saying Uber doesn't have other problems, what I'm saying is that, Uber is the expectation model that's there now.