Why Reskilling at Banks Matters More Than Ever 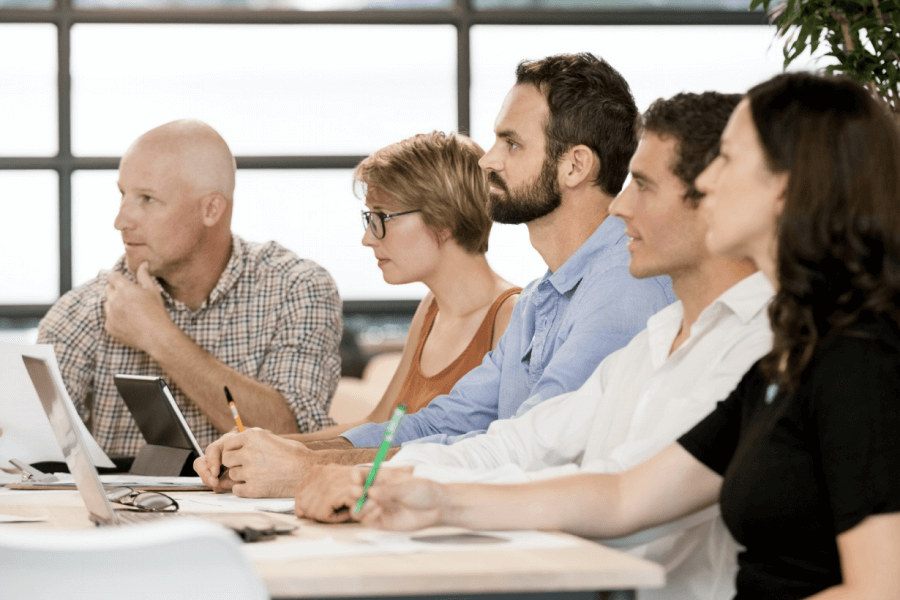 “The future of work won’t be about degrees,” says Stephane Kasriel, CEO of Upwork. “More and more, it’ll be about skills.” She adds, “The fastest-growing segment of the workforce — freelancers — have realized more than most that education doesn’t stop. It’s a lifelong process.” Jamie Dimon, CEO of JPMorgan Chase, agrees. “The new world of work is about skills, not necessarily degrees,” he says. “Unfortunately, too many people are stuck in low-skill jobs that have no future and too many businesses cannot find the skilled workers they need.”


Bank executives aren’t doing enough on this front at their own institutions. In their 2018 report “Banking: Realizing the Full Value of AI” Accenture found that only 3% of bank executives they surveyed were planning to “significantly increase” their investment in “reskilling their team in the next three years.”


This is a tremendous oversight, made more glaring by the spread of COVID-19, which has upended roles at banks around the world. Bank buildings in Manhattan have been sitting almost completely empty and community banks and credit unions have likewise had to close their branches. As Jes Staley, the chief executive of Barclays, said, “the notion of putting 7,000 people in a building may be a thing of the past.”


In conjunction with the rapid advance of artificial intelligence, all of thispoints to the need to reskill the banking workforce. Alan McIntyre, a senior managing director at Accenture, says, “Banks’ lack of commitment to upskilling and reskilling employees to learn how to collaborate with intelligent technologies will significantly hinder their ability to deploy and benefit from them.”


McKinsey points to four ways to think about the process including microskilling (expanding skill sets in the same role), upskilling (develop skills for the new normal), reskilling (retrain for a new role), and hiring new talent. All four are essential for true progress in banking. 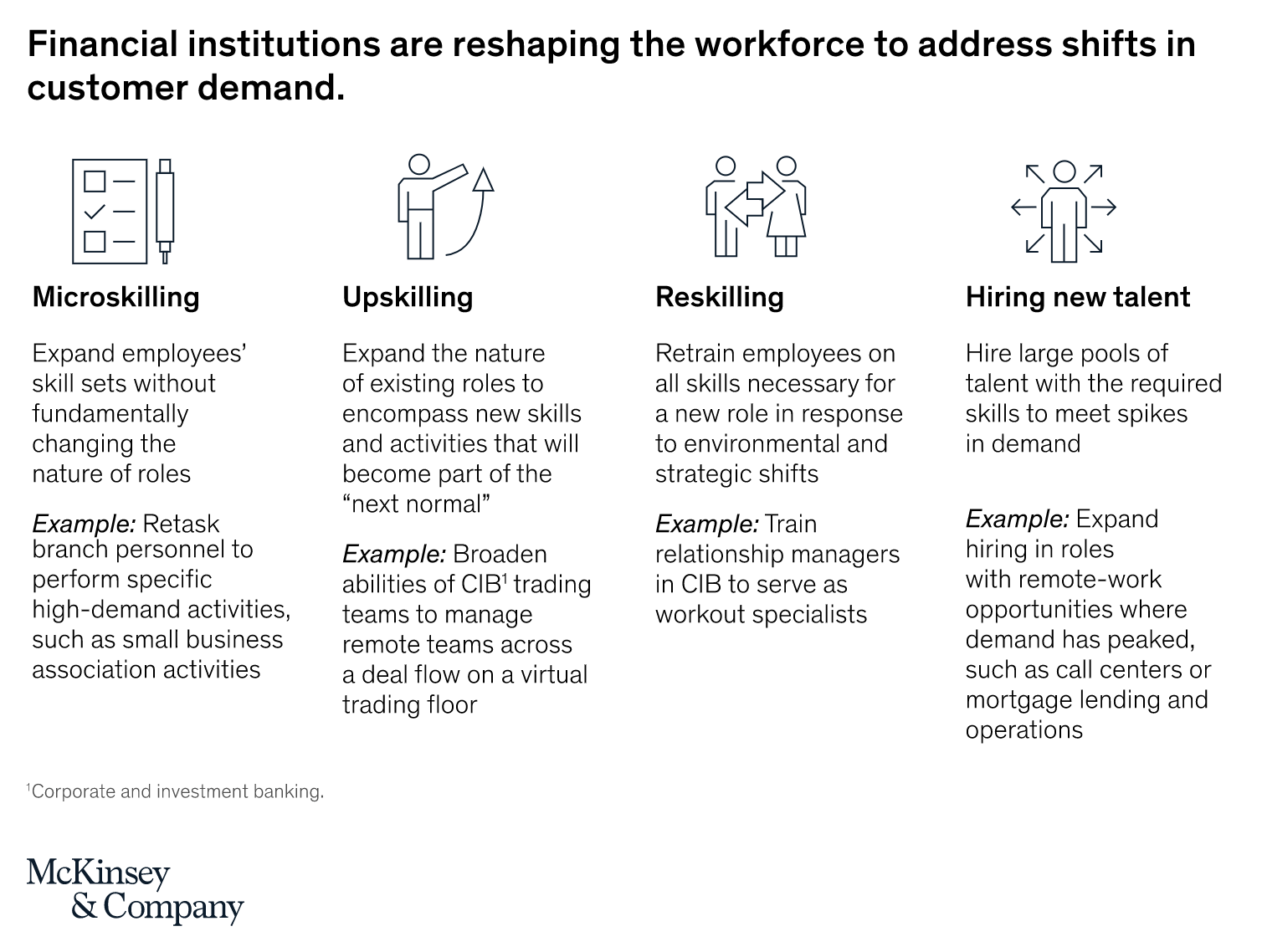 The financial institutions that thrive in the future will be those that can flexibly work (remote or not) alongside intelligent technology, coupling that technology with the human touch.


“There is an assumption that because someone works for a bank they know everything there is to know about finances, which is simply not true,” says Lisa King, WaFd Bank’s Chief People Person.


Cathy Cooper, Retail Banking Group Manager, adds, “There was a feeling that employees needed to have a stronger foundation of financial knowledge and wellness for themselves, which would also lead to helping our clients to do the same.”


Executive and regional leaders promoted the program and the objectives of education, wellness, and community advocacy. In addition, each geographic division and functional department had a peer-level leader who spearheaded team communication and reinforced participation, ensuring that no one fell through the cracks. To further incentivize employees, the team with the best average improvement in FinStrong scores (a financial wellness metric) received $100 per person and one participant’s name was drawn and awarded $1,000.


In the end, 90% of employees participated in the 12-week program and 80% reached 100% completion. Most importantly, employee FinStrong scores rose from an average of 54/100 to 83/100 over the course of the program, indicating a dramatic improvement in the financial strength of WaFd employees. Each employee has now taken their learnings to better guide WaFd customers toward smarter financial decisions.


One more example worth noting here: JPMorgan Chase has dedicated $350 million to job retraining and has started a program named “Skills Passport” to help team members map their skills to new job opportunities at the bank and then receive guided training to move into those new opportunities.


However reskilling within a bank happens, it’s about getting your team to be more human, which is how bank employees will distinguish themselves from the algorithms that threaten to automate banking jobs. In the age of COVID-19, it’s more essential than ever.


Want to learn more about how you can prepare for the future of banking as it relates to your career? Read the Ultimate Guide to the Future of Work, a comprehensive overview on what your next step should look like. 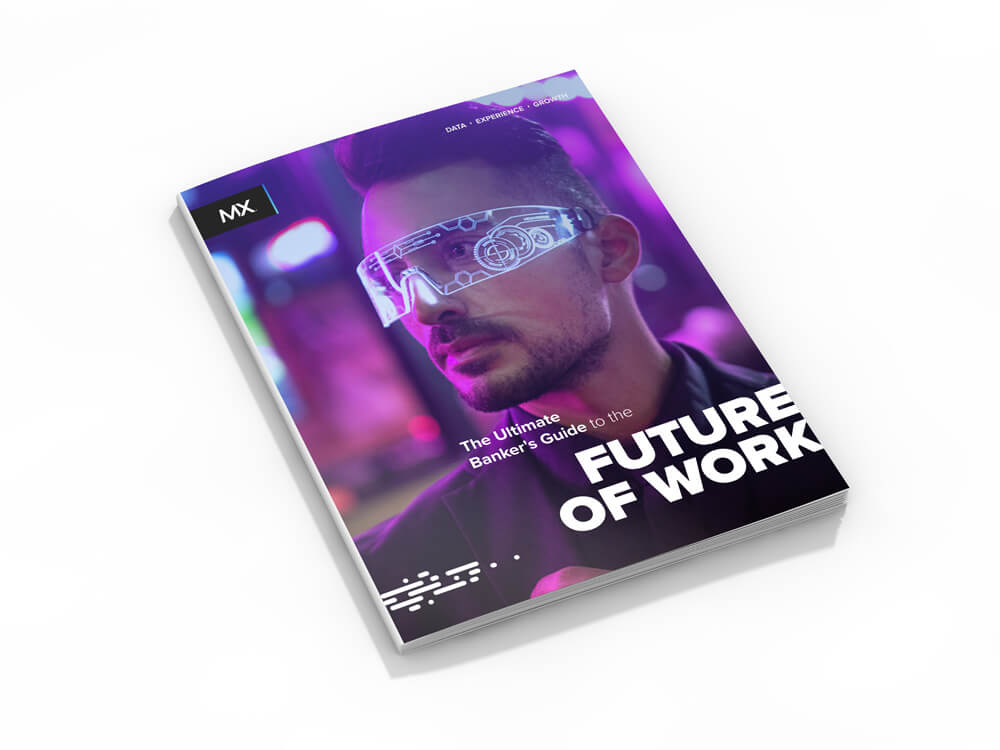