If history is a sign of things to come (and it is, as you’ll see below), companies that ignore fintech do so at their own peril. Luckily, there’s still time to get ahead of the curve and start innovating. Forward-looking financial institutions will reap rewards for years.

Anyone who follows business news knows that technology is revolutionizing industries worldwide. Consumers now demand e-books instead of hardcovers, digital music instead of CDs, and online media instead of newspapers. This isn’t news. Everyone knows this.

What may be surprising is how quickly the change has occurred.

Look at the book industry for example. In less than eight years, Amazon went from underdog to powerhouse and knocked Borders out in the process.

Today’s consumers have adapted. They’re not only accustomed to the digital revolution — they expect it, along with all the conveniences it brings. 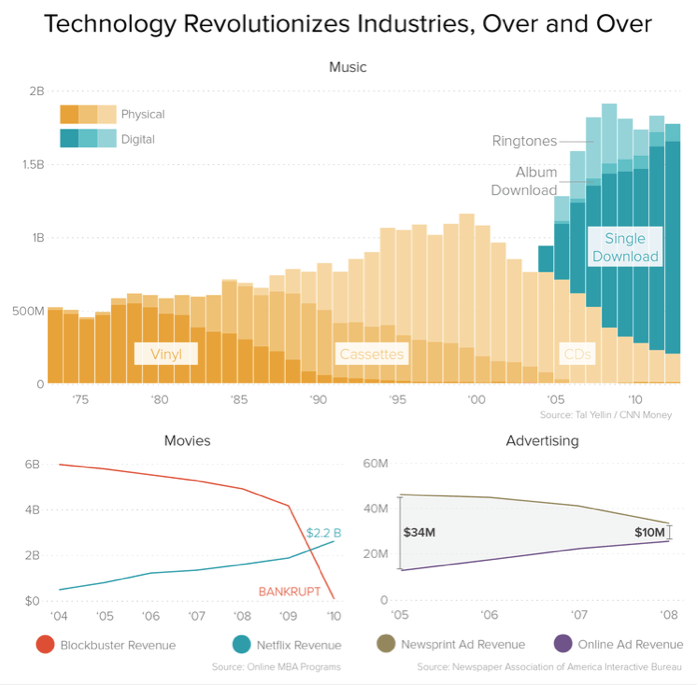 Simply put, companies such as Borders and Blockbuster were slow to adapt to the digital revolution and were unable to recover, while industry pioneers like Amazon and Netflix saw the shift as an opportunity. By adapting to new consumer expectations, these digital pioneers delivered exactly what users demanded.

2. The financial industry is following the same path

"In the next 10 years, we’ll see more disruption and changes to the banking and financial industry than we’ve seen in the preceding 100 years.” - Brett King

There has been an enormous shift in asset concentration and customer loyalty during the past two decades. For instance, the 10 biggest banks in the US now have more assets than all other lenders combined.

One reason for this shift is that the biggest banks have made banking more convenient. They’ve better met the demands for robust online and mobile offerings.

And, to put it bluntly, convenience is king.

When asked what attributes they want most in a financial institution, users put convenience at the top of the list: 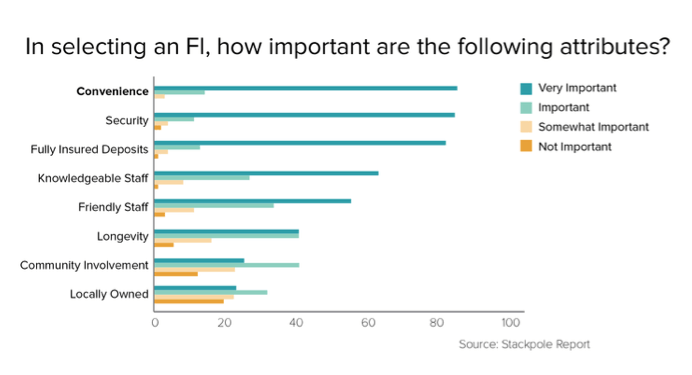 It follows that when financial institutions focus primarily on customer service at the expense of digital convenience, they risk losing their user base. Having a friendly staff and being involved in the community isn't enough. Users demand convenience, and companies that don’t meet user demands don’t survive.

All of this illustrates the necessity of investing in fintech, especially since the volume of transactions handled at a physical branch has declined by more than 45 percent across the industry since 1992, while the cost per teller transaction has skyrocketed. 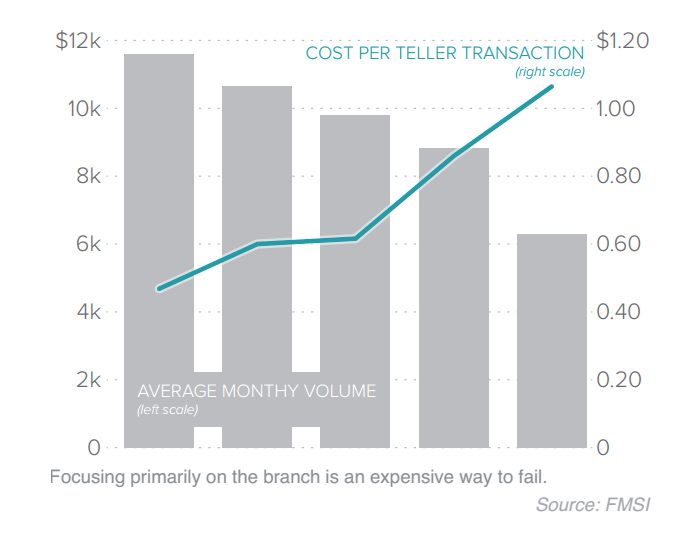 In other words, focusing primarily on a traditional growth model (e.g., building branches and hiring new tellers) is merely an expensive way to fail. In addition, the revolution in the financial industry is not slowing down, as evidenced by the sharp decline in transaction volumes from 2007 to 2013 shown above. If anything, the change is speeding up. Users are visiting physical branches less and less, and they’re demanding digital channels more and more.

For example, here’s data from one financial institution that reflects the industry norm:

It’s not a surprise, then, that a host of new digital players such as PayPal, Simple, Moven, Walmart, and Google have moved into the financial space. Along with innovative big banks, these disruptive companies and technologies could be viewed as the Amazons and iTunes of the financial industry — innovators that represent a tremendous threat to smaller market players.

Eventually, these disruptive companies will give their users the option to do everything digitally. Given this option, why would users choose to drive to a branch, wait in a line, sign a paper deposit slip and get a receipt? If users increasingly avoid similar experiences when purchasing books, music, movies and news, why would they choose something different for banking?

The answer is simple. They wouldn’t.

In sum, it’s clear that when financial institutions don’t innovate alongside their competitors, they risk stagnated growth (like Barnes & Noble) or going bankrupt (like Borders). Keep in mind that only one generation needs to make the switch to digital banking en masse, and the traditional model will be irrelevant.

And that’s why fintech is so crucial.