How the Four Biggest US Banks Generate Income and Revenue 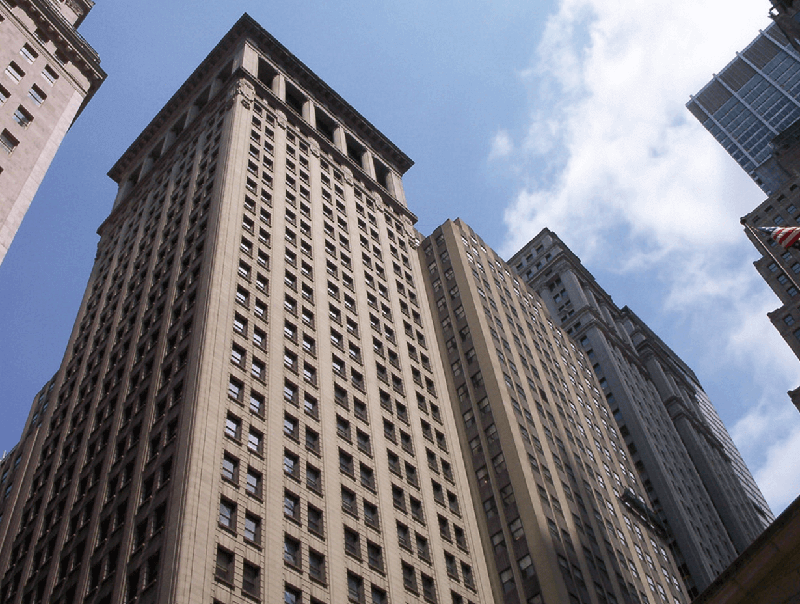 The industry has changed a lot since 2008. Millennials are forgoing brick-and-mortar banking for online options. The rise of fintech has accelerated the adoption of digital banking — drastically cutting fees and encroaching on big bank income, revenues, and profits. As this landscape continues to evolve, we wondered, “What strategies are top retail banks using to generate revenue?”

Here’s what we found.

The Rise of Complex Banking Structures: How Can the Public Tell How Banks Generate Revenue?

The major components of the Glass-Steagall Act were repealed in 1999, and scholars continue to debate the impact of that decision. While we may never know the repeal’s true effects on the Global Financial Crisis of 2008, it is certainly clear that banking structures have since become more complex.

Every GSifi bank is structured differently. We can judge strategic success by comparing bottom lines, revenues, and equity prices. However, reporting the success of single service lines (or lines within retail banking specifically) has become more difficult to dissect. The blending of previously separate business units with complex products makes it hard to tell (at least for the general public) which strategies and products are working, and which ones are falling short. Annual reports and SEC disclosures provide some basic insights even though specifics are opaque.

We took a look at four of the top ten U.S. banks and attempted to extract their basic strategies for generating income and revenue. We derived statistics and some text analysis from each company's reports. Here's what we found from looking at the most recent annual report and 10-k for each company. 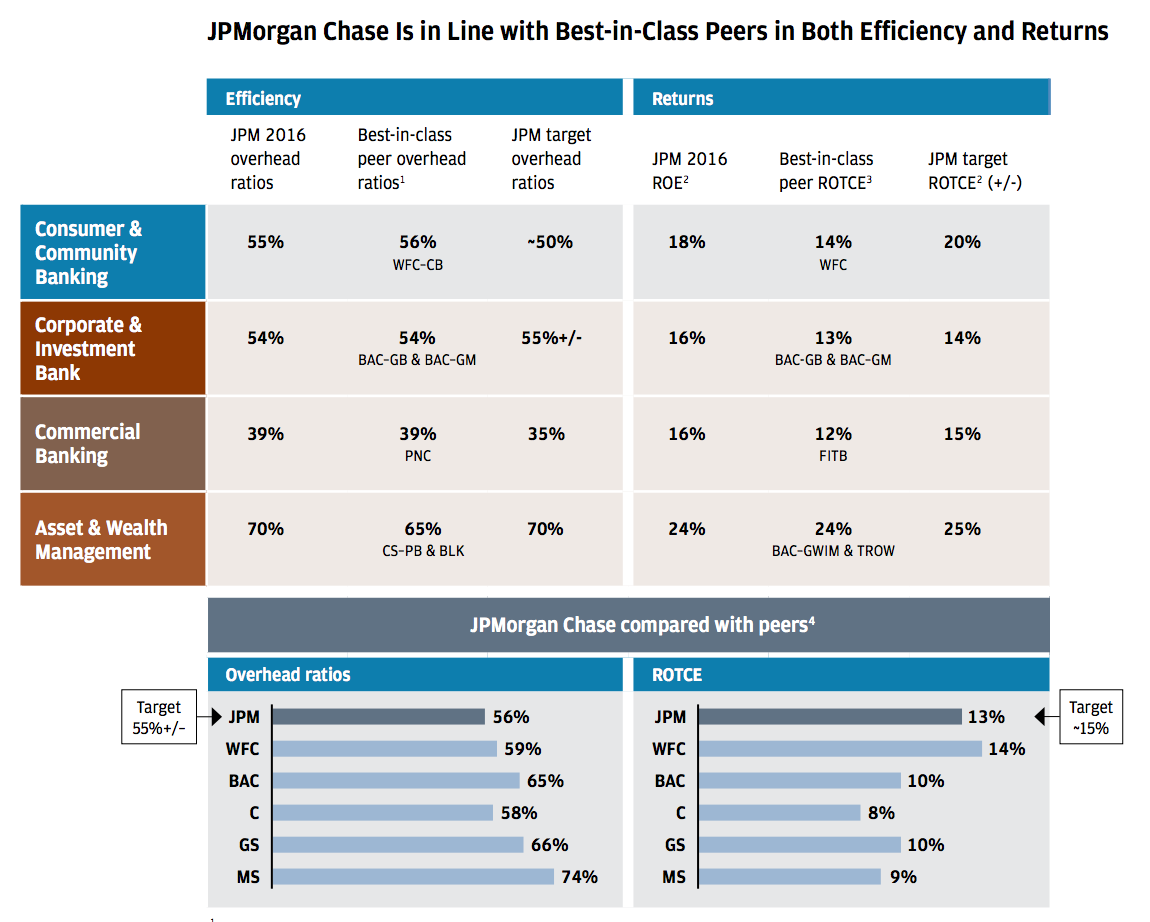 These four areas — consumer & community banking, corporate & investment banking, commercial banking, asset & wealth management — represent the focus of JPMorgan Chase. As you can see, no one had lower overhead ratios than Chase, and only Wells Fargo had high return on tangible equity (ROTCE).

Wells Fargo generated $88.2 billion in revenue in 2016. Total loans finished 2016 at $949 billion, up 7 percent from 2015, making their loan portfolio the largest among U.S. banks. Investment securities shot up by 17 percent.

Community banking offers a complete line of diversified financial products and services for consumers and small businesses including checking and savings accounts, credit and debit cards, and auto, student, and small business lending.

Wells Fargo is working to change their culture after it came to light last year that employees at the bank had been creating fake accounts to earn bonuses for themselves. Their annual report reads, "We have taken aggressive action to root out these practices and to compensate our customers who were harmed by them. We recognize that these events signaled a need for fundamental changes in Wells Fargo’s culture, management systems, and executive leadership."

Wells Fargo continues to place a major focus on mortgages.

From the results, it's clear that retail banking strategies continue shifting to digital. Credit card interest, payments, small loans, deposits, checking, and basic securities trading all contribute significantly to the bottom line. Lending is on the rise, although credit access is still tight. Clean technology is a popular investment initiative across the board.

Individuals will probably stay addicted to credit revolvers as long as lending remains tight. No matter how debts are structured – credit cards, mortgages, revolving lines, etc. – retail banking income and revenue continues to depend on debt servicing for a significant portion of its income. Other non-retail sections of banks provide significant fee and investment income, but these strategies are not as readily available to small and medium sized banks. For now, banks should stick to what they do best: loaning money and collecting interest. While margins for these services are diminishing, banks can recover these margins by improving customer relationships and integrating enhanced digital services into their retail portfolio.