MX engineer Rosie Thomas was quoted in an article in Skillcrush: The Hard Refresh: '4 Key Things You Need to Know About Ruby on Rails' 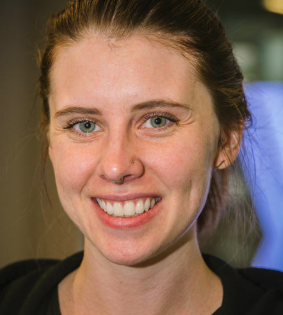 Snippet from the article:

Finally, Rosie Thomas, Ruby Engineer at financial data software company MX, adds that—as a web framework—Rails is most commonly used to build full web applications (web apps like GitHub, Basecamp, and Kickstarter were all built using Rails) and APIs (systems of tools and resources that are then used by developers to create software applications). Because of this, Thomas says, tech jobs that focus on providing browser-based applications or APIs are likely to use Rails and hire developers with Rails experience. As of this writing—Glassdoor lists nearly 6,000 open jobs for Ruby on Rails Developers.

Thomas reiterates that the Ruby language itself—and not just the Rails web framework—is a solid choice as a beginning coding language. “It’s what I started with!” says Thomas. “It’s easy to read and does a lot of the work for you. Other languages, like C, require a lot more code to do something you can accomplish in a few lines with Ruby.” While Thomas says this isn’t without some drawbacks—more complicated programming languages ultimately offer more options and control—it works out well for someone just getting started with web development. Thomas also says that Ruby is more than capable of carrying you through to an intermediate level of programming. “I’ve been using Ruby and Rails for three years now, and I don’t see myself stopping any time soon,” Thomas says. “Rails is like an extension of Ruby—once you’ve learned Ruby basics you can start to learn Ruby on Rails.”