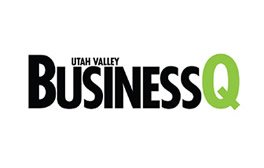 Ryan Caldwell is on a corporate culture kick, to be sure. But can you blame him? He’s CEO of MX, a fintech company that tripled in revenue last year and has outpaced well-established companies like Mint.com, Yodlee and Geezeo.

'You’re going to be annoyed, but I have to say culture again.”

Ain’t nobody got time for mediocre.

“People aren’t a crucial part of a company,” Caldwell says. “They’re everything.”

And he would know. When MX (then MoneyDesktop) started in 2010, the wrong people were in the right roles.

“That first year was intense,” he says. “Since I didn’t have a good team around me, we were literally stuck in neutral.”

“We have a culture of candor,” Caldwell says. “Good people want that kind of frankness. The wrong people are repelled by it.”

With the right team moved into place — including Brandon Dewitt and Dave Jaynes — the company switched from neutral to overdrive.

“There are two types of startups — rocketships and ocean vessels. Ocean vessels drift. It may take them decades to achieve anything of significance, and that’s just fine,” Caldwell says. “Rockets are the opposite. They go a high distance in a short amount of time. They’re risky. If you launch a rocket and realize you forgot something, you can’t go back. And just to get the rocket moving, you need to burn a tremendous amount of fuel. MX is a rocketship.”

Quick talk: MX is the fastest-growing digital money management solutions provider in the market. It works with more than 500 banks and credit unions and is partnered with 30 mobile, online banking and payment network providers. Its clients include seven large multi-billion dollar financial institutions, totaling a combined asset size of $74 billion. Its PFM adoption numbers are as high as 60 percent (industry averages sit around 8). MX is building a brand new office at Thanksgiving Point in Lehi, set to be open this summer. And notable investors include Greg Warnock, Fraser Bullock, Rick Alden, Todd Pedersen and Josh James.