Read the PDF version of this case study here.

BECU is the fourth largest credit union in the United States with more than 1 million members and over $16 billion in assets. BECU is known for ofering user experiences that not only foster member loyalty but create raving fans who encourage their friends and family to join the institution.

The core benefit of Helios is speed — being closer to the metal of the device. Coded in C++, it sits lower on the stack below native languages for Android (Java) and iOS (Swift and Objective-C). MX uses a rendering engine to display the UI across diferent platforms. Through Helios, MX is able to deploy a completely diferent native app to iOS, Android, and Windows, while having the flexibility to accommodate whatever comes next.

The core code for all platforms is the same, creating a unified experience across devices and platforms. One code base means that a feature is built once and deployed across all platforms and it also means only one source of bugs for that base.

“There were some technical reasons for adopting Helios. Having a single code base is a more modern way of building an app and appealing from an operational management process,” says Tom, Tyson, Digital Channel Manager for BECU. “Another advantage was being able to distribute across a myriad of operations systems.”

With mobile banking becoming such a key piece of winning and retaining users, BECU’s digital team realized in early 2014 that they had to reassess their mobile vendor. They wanted an alternative with a more user friendly design which would make it easier to both manage and move money, while increasing the ease of remote deposit capture completion. Most of all, BECU wanted a responsive partner presenting not just a technology solution for today but a commitment to keeping pace with ever changing user expectations.

Realizing that MX could meet these needs, BECU opted for its Helios solution. Helios is MX’s native cross-platform framework enabling full-featured digital banking on any device or platform, including iOS, Android and even Windows. Immediately improving the features and performance of its mobile banking app and serving all of its account holders across an increasingly fragmented mobile market, Helios represented a clear diferentiator for BECU.

“When it comes to mobile banking, every option we looked at functioned about the same,” said Howie Wu, Vice President of Digital Banking for BECU. “We saw Helios as a chance to stand out and provide a very diferent experience. This means leading with digital money management, alert capabilities, aggregation, budgeting — all features that would enable our members to be financially strong.”

Eighteen months into its Helios deployment BECU had experienced remarkable success on this front:

This success has led to real results when it comes to ROI. Javelin Strategy & Research notes that “it is critical for banks and credit unions to provide digital banking services that compel users to consolidate their financial activity and purchases.”

Bill pay “drives engagement because it is a chore that keeps users coming back regularly” and helps cement primary FI status, ensuring that institutions like BECU not only provide the foundational checking account but are the go-to provider for much more profitable loan products. Most notably, BECU has seen a dramatic improvement in its completion rate for RDC. More users than ever before are able to use their phone to deposit checks. BECU’s prior mobile provider had an 83% RDC completion rate whereas Helios averages 93%. 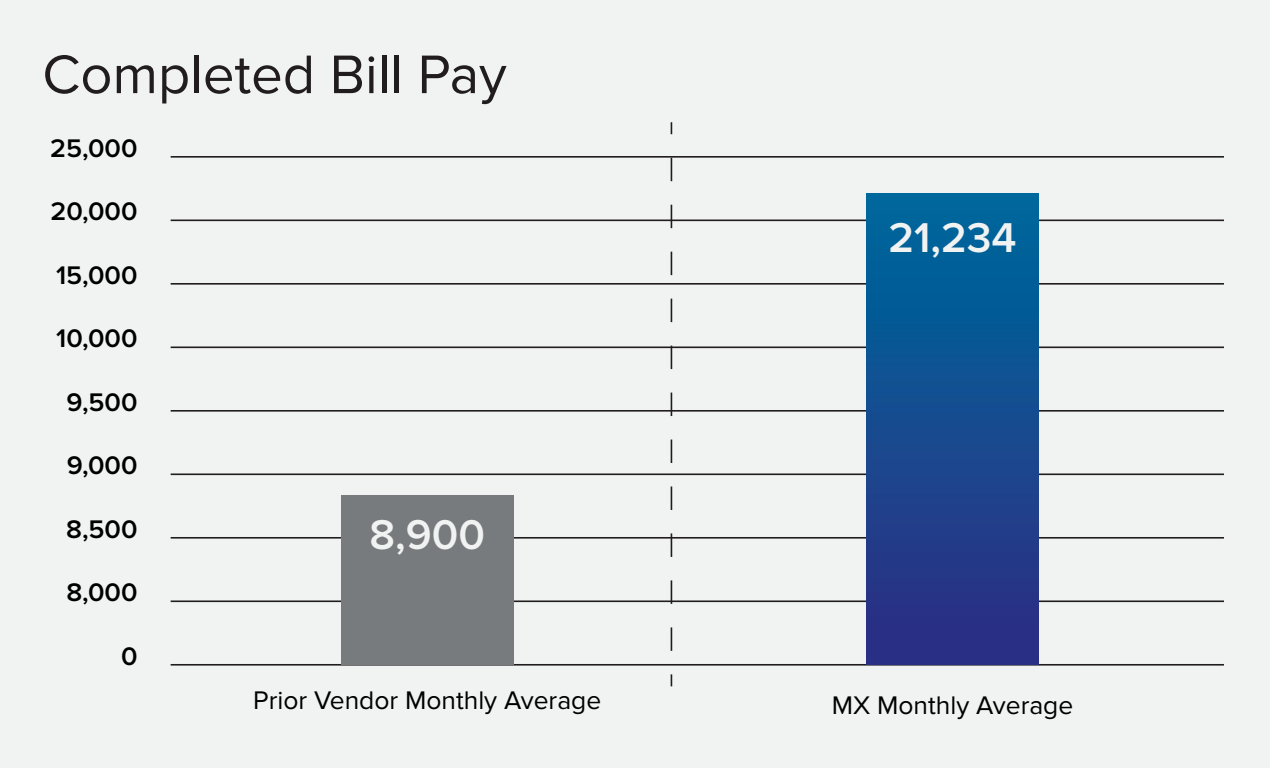 Again, the business impact is clear for BECU. “Close to 25% of our total deposits come through mobile and we’d of course like to see that continue to grow,” said Wu. “Mobile volume is cannibalizing more of our ATM check deposits, which is a good thing because it shortens lines at the ATM.”

As seen in the reviews of the app, the rollout of enhanced money movement features has delighted users:

However, a frustrating experience, plagued by blurry image error messages, will drive users away and weaken your brand reputation. The industry standard RDC rejection rate is an astounding 14%, meaning one out of every seven attempts ends in failure.

As the MX team prepared to launch Helios, they realized that the status quo was not good enough. MX would have to significantly reduce this error rate to create a positive user experience. In 2016 MX averaged a 93% remote deposit completion rate, cutting the industry standard RDC rejection rate in half.

How does MX do it? We employ common sense rules around what can be photographed, coach the user through the process and set default photo capture settings that are tailored for specific devices (be it Windows, iOS or Android). Many mobile apps allow you to take a photo of anything — a soda can, a shoe, you name it — and submit it. MX concluded that there should be some limitations. As MX built auto capture, it required that the object being photographed at least look like a check (four sides, a rectangle)

Ensuring that users do not feel overwhelmed by the process is also crucial. In user testing we considered how people conduct remote deposit capture and developed ways to coach the user. We showed the user the front side of a check and where to position it, while providing a cue for when they have to flip to the back side. A future iteration will share an animation showing the user that the check needs to be overturned.

MX has also capitalized on its device-specific knowledge to drive continual improvement. With Windows phones we pivoted from auto to manual capture to drive a better user experience. Windows phones handle auto capture less gracefully than iOS and Android devices so MX decided to make manual the default setting, while still providing users with higher end phones the option to switch to auto capture.

In addition, MX drills down into issues with specific devices to drive improvements. There are over 8,800 different Android devices capable of running on Helios. When a user tells us that remote deposit capture is not working on their Android device, we’ll go out and purchase that device, replicate the environment and fix the issue. It’s not that we have a silver bullet that addresses every potential problem, we simply care enough to make necessary adjustments as new devices enter the marketplace.

The days of releasing a product, dropping it in your account holder’s lap and not making any changes for six months or even a year are over. You have to listen to your audience and speedily act on their recommendations. As a SaaS based technology company, MX continually optimizes its offerings. Helios is no exception. Through the Helios framework MX is able to iterate more quickly than it has in the past across all platforms, improving the feature set and experience. MX released eight updates in the first six months after BECU’s launch and has addressed the biggest member feedback items and more in its latest release.

The only way to achieve such high app ratings and delight users is by embracing a dialogue around improvements that can be made. MX consistently seeks feedback from users, whether around usability issues or desired functionality, and acts on it. 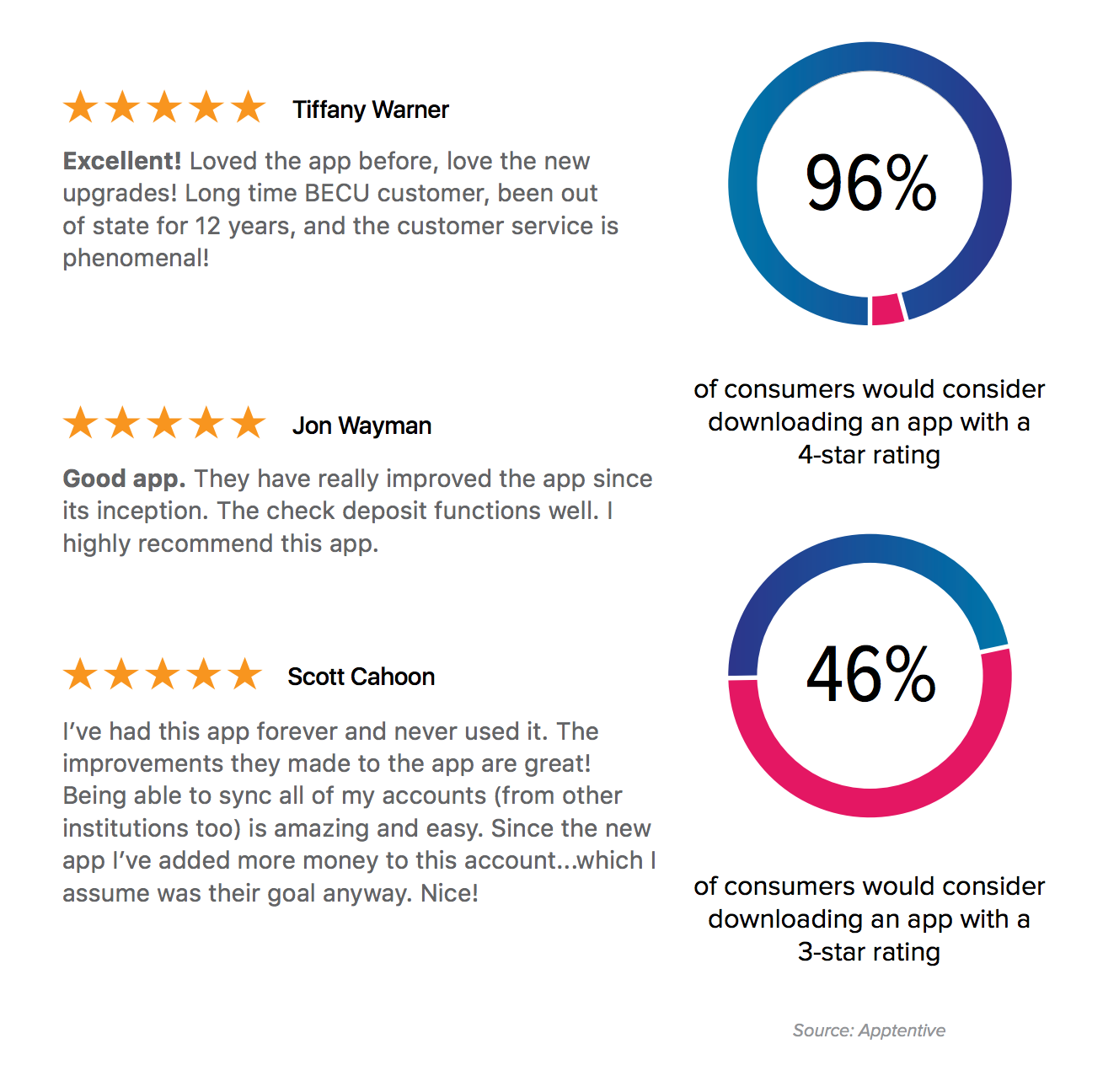 BECU users are not only moving their money with ease, but also finding better ways to manage it thanks to the functionality of Helios. Helios provides an accurate view of spending (enabled by MX’s superior categorization capabilities), trends, the ability to formulate budgets and see debt balances.

Users also appreciate the ability to obtain alerts via SMS and e-mail messages when they exceed a budget, incur a fee, make a large withdrawal/deposit, have a low balance or need to pay a bill. By enabling a user to stay on top of their finances and avoid overdraft fees and late payments, BECU has reinforced the notion that it looks out for its members first. 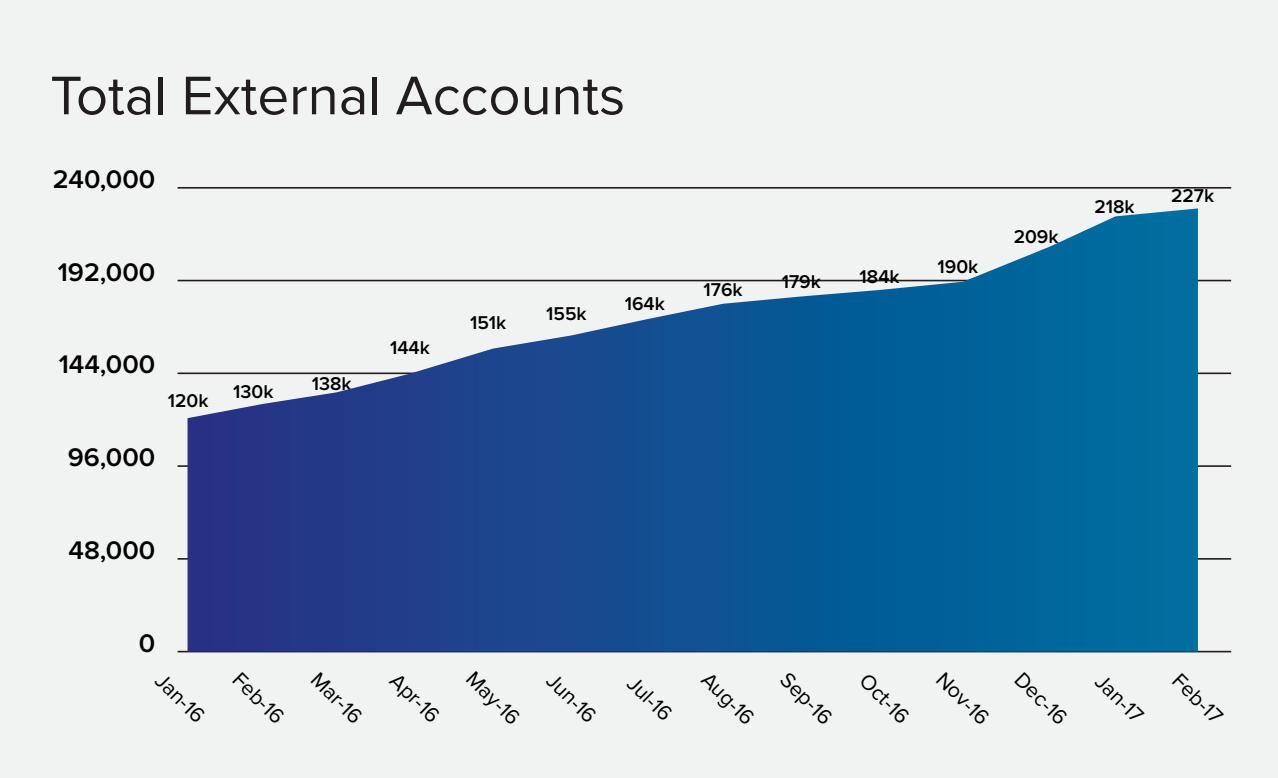 This is where the real revenue opportunities of data-driven money management are realized. By getting a 360-degree view of account holders and implementing precise marketing offers, leading financial institutions will have the edge on their competitors for decades to come.

Delighting Users Is a Job That Never Ends

Through the convergence of data-driven money management and money movement, Helios has delighted BECU users. Cementing BECU as the central hub of their financial activity, Helios has driven a remarkable increase in bill pay, check deposits, transfers and account aggregation — setting the stage for dramatically improved cross-sell. Valuing the voice of the user has driven continuous improvements in functionality while establishing that BECU listens to its members.

If you would like to talk about what Helios could do for your institution, please contact us at (801)669-5600 or sales@mx.com.