“It's trying to truly power financial institutions to control their destiny versus being bound to a reliance on a third party." --David Whitcomb, VP of Product - Connectivity Experience, MX 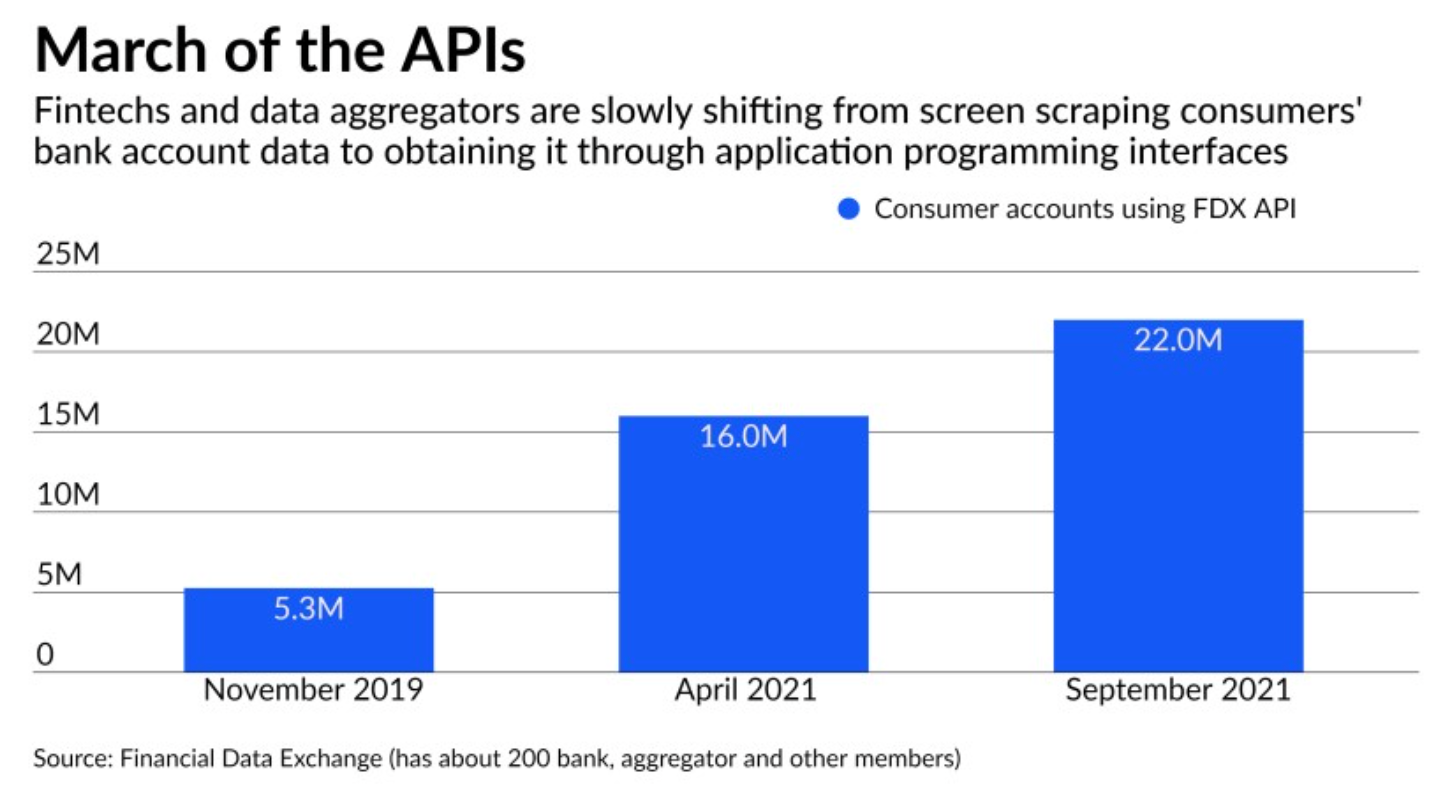 MX, a Lehi, Utah-based company that provides data aggregation and other services, also has a data portal for banks to view their data-sharing activity.

MX does not offer an app directly to consumers and sees this as an advantage.

“We believe that the controls belong in the ecosystems of the banks, where they are the sources of the data,” said David Whitcomb, vice president of MX.

MX built its portal using open source code, Whitcomb said. That means a bank could use it on its own without working with MX, he said.

“It's trying to truly power financial institutions to control their destiny versus being bound to a reliance on a third party,” Whitcomb said.

He expects MX will have a couple of banks live on the portal in the next two to three months. One of the banks works with several data aggregators and wants them to plug into MX’s portal. The first banks MX is working with are mid-sized to larger institutions.

“They've already started having conversations about shifting from screen scraping to using the FDX APIs,” Whitcomb said. “The banks get to see which applications their users are connecting to, how often they're connecting and what data is flowing. The bank can have the power of understanding where their customers are accessing financial services that hopefully are improving their financial lives.”